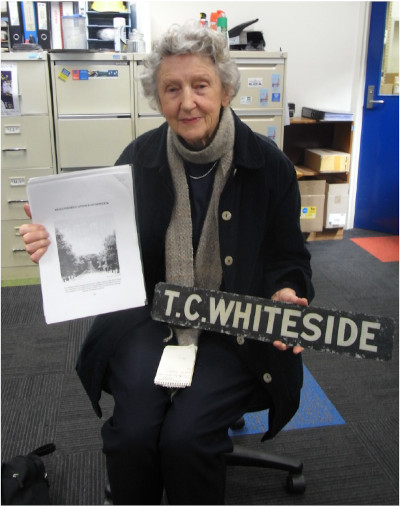 Elizabeth McCullogh Whiteside was born on the 20 April 1925 at Berwick, second child to Thomas Clair and Kathleen Whiteside.

Elizabeth known as Betty, had five siblings Bill, Ken, Kathleen, David and Mary. Betty attended Officer Primary School and then St Margaret’s Girls School, Berwick. Betty rode her bicycle each day from her home in Whiteside Road to school in Berwick. She was an excellent student, who not only excelled academically, Betty also became an accomplished pianist.

On completion of school Betty pursued a nursing career at Royal Melbourne Hospital. When Betty’s father, a WW1 veteran became ill and in need of care along with her mother, Kathleen, Betty returned home to be the carer for her parents. Later Betty would teach piano to students at St Margaret’s Girls School and other students privately including some of her nieces. When her parents passed away the family home in Whiteside Road was sold. Betty then lived in Dandenong where she continued to teach piano.

Betty enjoyed researching history, which included reading and collecting newspapers. She had a keen interest and knowledge of the local Avenues of Honour, Beaconsfield in particular, as her father Thomas Clair Whiteside was one of the honoured soldiers. Her father is also included on the Officer Recreation Reserve Memorial Gates.

Thomas Clair Whiteside served in WW1 in 22 Infantry Battalion Reinforcements (June 1915- Jan 1916) and 59 Battalion. He wrote many letters home to his parents and sister Mary while on active service from Egypt, France and Great Britain 1915-1918. Betty compiled and edited these letters into a fascinating book, A Valley in France which she published in 1999.

Further Information about Thomas Claire Whiteside can be found in Beaconsfield Avenue of Honour; Servicemen Remembered and We Will Remember Them; Officer Roll of Honour WW1 1914-1918.

Both these publications can be accessed on the website www.beaconsfield.org.au

Betty also enjoyed both knitting and sewing, making soft toys and bags. In 2017 Betty moved into Villa Maria Nursing Home, she continued to play the piano for residents and staff. She donated one of her pianos to St Margaret’s Girls School and another to Villa Maria.

Betty passed away peacefully on 16 September 2020. All her family and many friends remember Betty fondly, her wonderful research, writings and music. 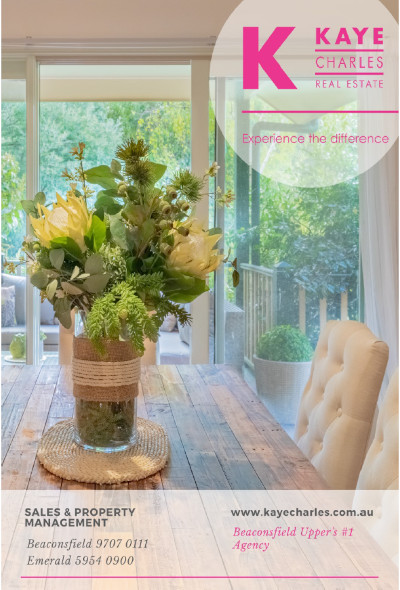