In 1855 David and Janet Bowman took up the title for 200 acres of the Panty Gurn Gurn lease and were granted a licence for the Gippsland Hotel known as Bowman’s Inn.  After her husband’s untimely death, Janet took over the licence and financed the cutting of “Bowman’s track” from the hotel to the goldfield’s further north.  Later the Souter family took over and had the building extended especially for a Royal Visit by Prince Alfred, Duke of Edinburgh.   The present building was built around 1928 in the Spanish Mission Style popular at the time to replace the original hotel. 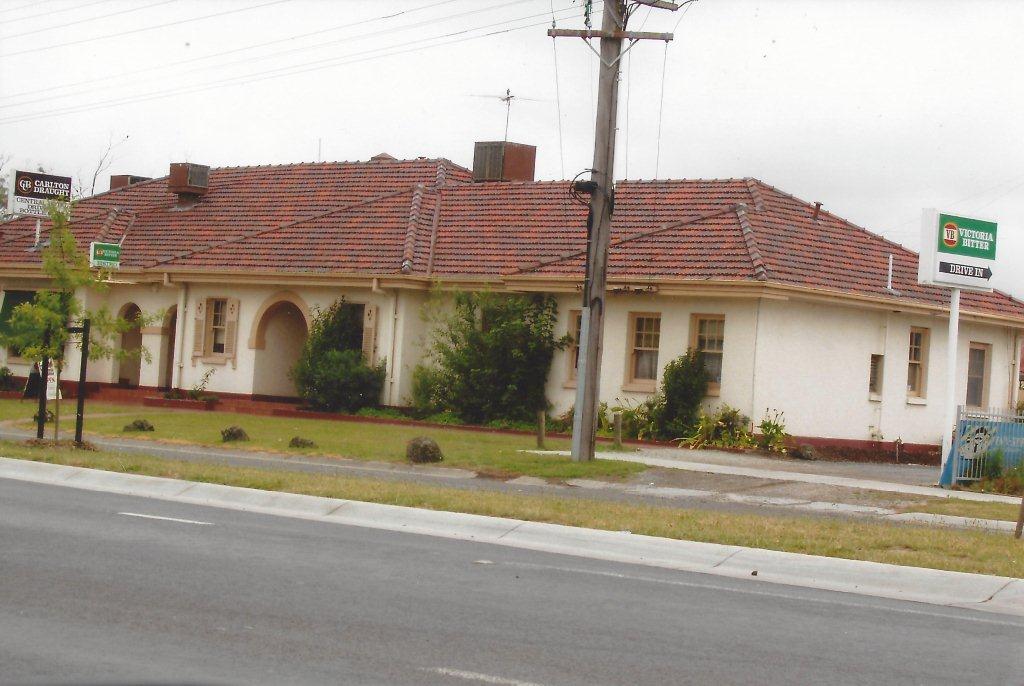