The Cenotaph at the corner of Woods Street and Old Princes Hwy was officially unveiled by Brigadier General Brand in 1920. The inscription on the base reads “Erected as a tribute to men who enlisted from Beaconsfield and District and in memory of those who made the supreme sacrifice.”   It has the names of 9 fallen soldiers from WWI and 3 from WWII who made the supreme sacrifice. 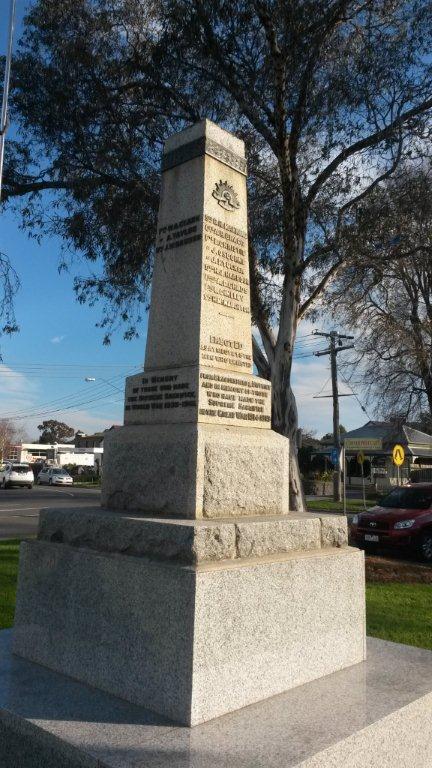 Each year the BPA has an Anzac Memorial Service here on the Sunday before Anzac Day.