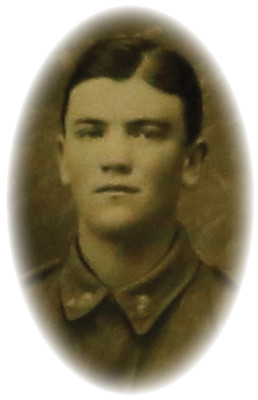 A letter from Pte Clair Whiteside appears in a recent issue of the Tamb and Bruthen times. The letter received by Mr Munachen a one time resident of Berwick. Private Whiteside says that he has been inside and outside of nearly all the chief places of historic interest- pyramids, citadel slave market, tombs, mosques etc. Some of the buildings are very artistic, but size was the chief wonder.

It was several weeks ago that Cpl Whiteside, son of Rev WS Whiteside, was wounded while fighting in France. The information was first received from Corporal Whiteside himself and afterwards from the defence department. On Monday Rev WS Whiteside received the following message from Base records Office. Now report your son Cpl TC Whiteside admitted to General Hospital, 22nd July gunshot wound to the forehead severe will promptly advise if anything further received. (This message was apparently delayed in transmission as it about 5 weeks since Cpl Whiteside was wounded) The latest information received by private cable, states that he is improving and expects to go into a convalescent home in a few days.

Thomas returned to Australia on the 15th January 1919 and was discharged on the 1st March 1919.

In 1923 Thomas married Kathleen Amy Cunningham. They lived in Whiteside Road, Officer and he continued to work as an orchardist.

Thomas died in January 1959 in Officer, Victoria and was buried on the 6th January 1959 at the Berwick Cemetery.

His name is listed on the Officer Roll of Honor as Whiteside. C.