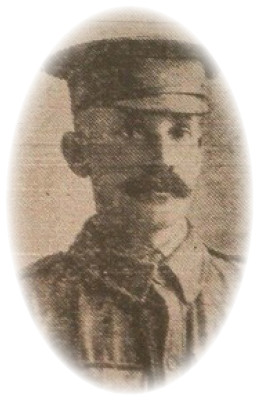 In the Australian Electoral Roll of 1914 Leonard was listed as a store keeper in Officer, Victoria.

Leonard was wounded while serving in France, these wounds would later claim his life on the 13th February 1917.

Mr Frederick Whittney of Ninth Street, Bowden, has been informed by the military authorities that his fourth son, Acting Corporal Leonard J Whittney, died of wounds in France on February 13. The deceased soldier was 36 years of age and was educated at North Adelaide Public School. He subsequently entered a drapery establishment with which business wholesale and retail he was closely associated, both in Adelaide and Melbourne. In later years he was chiefly in Melbourne with the Civil Service Stores and the Coliseum at Prahran. He enlisted in Melbourne and left for the front 12 months ago. Prior to entering the trenches, he was engaged as quartermaster-sergeant at a base in France. Mr A E Whittney, caretaker of the Trades Hall, and Mr C Whittney, an employee of the Broken Hill Proprietary mine are brothers of the late Corporal Whittney.

Leonard posthumously received the British War Medal on the 11th November 1921 and the Victory Medal on the 20th February 1923. They were accepted by his father, Frederick.

He was interred in the Dernancourt Communal Cemetery Extension Dernancourt in Picardie, France.