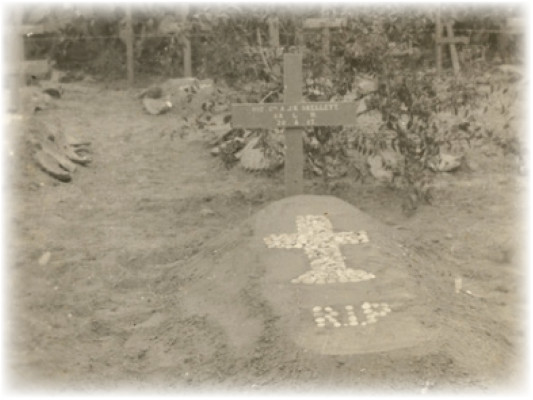 Mrs Skellelt, of Clunes, has received the following interesting letter from her son, Signaller Kem Skellet : –You will know before this arrives that we have withdrawn from Anzac and Sulva portions of the Peninsula. It seemed a great shame to have to do so, after so many of our lads falling there; but we were only losing men and gaining nothing. Up in our position the 8th Light Horse were the last to leave, 17 of us being picked from the regiment to stay. I had the pleasure of being one. We had to take over the trenches of two regiments at 4 p.m. and were there till 2.15 a.m. No matter how many Turks came we had to hold our positions until that time. The men further up had to come down first, and I can tell you it was an anxious and tiring time. I had a post on my own. Our withdrawal was timed to the minute, and was carried out without a single man being hit. After we had been on board ship a short time the gun on Walker’s Ridge was blown up. My word didn’t the Turks start firing then. We have heard since leaving that the Turks bombarded our positions for two days after we left. We had 48 hours silence once before, so l suppose they thought we were at the same game again. We had rifles rigged up to go off at intervals after we left. We were extremely lucky to get off without a scratch. On the boat I met Milton Williamson and George Pollington. It was like old times meeting them. They were also in the last party to leave. We are 0n our way back to our horses. We had our Christmas dinner on board ship (roast pork and plum pudding.) I can tell you I am glad to get a spell, for we had a busy time of it on the Peninsula. I have never felt better than l did whilst 0n the Peninsula. From the day I left Alexandria until I got back was exactly four months, so I had a fair spell over there. Two of my mates are ill, one wounded, and one killed in the last bombardment’ the Turks gave our trenches on Lone Pine.

In a later letter Signaller Skellet says he had met many Clunes boys at Heliopolis. They have military sports, football and boxing matches. An officer’s widow has a place where the boys can go and have meals, which is a treat, as everything is so nice. You will be pleased to hear I have been promoted to the rank of corporal. I have been acting Squadron Quarter- Master for a time. Our regiments have been re organised, and after horse drill, we will go away some- where mounted. I got a Xmas billy, the contents of which my mates and I greatly appreciated. The sender was a lady of Ballarat, whom I intend to thank.

Albert was related to Henry Charles Kempson Maxwell and may have worked or visited with the family at Luckham in Officer, Victoria.

Albert was wounded while serving in Palestine (which at the time was a part of the Ottoman Empire), he later succumbed to these wounds and died on the 20th April 1917.

Mrs Skellet (sister to Cr A E Kempson) received word on Monday evening that her only son Corporal Kempson Skellet, of the 8th ALH Anzac Mounted Division, had died from wounds at Palestine on the 20th inst. He enlisted over two years, ago, and fought for some months in Gallipoli and as one of the last to evacuate the Peninsula He then went to Egypt, and with the division fought right through the desert, until he was killed He was a strapping young man, of fine physique, and never had ill health since his enlistment.

Albert posthumously received the Star Medal 1914/1915 on the 1st October 1920, the British War Medal on the 5th August 1921 and the Victory Medal on the 28th December 1922. All Medals were accepted by his mother,Mary Skellett.