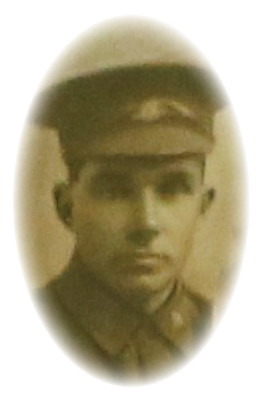 A very enjoyable dance was given by the ladies of Beaconsfield on the 21st ultimo, in aid of the Red Cross Funds. There were about 50 couples present, amongst the guests being the following recruits:- Messrs A May, H Harbour, L Paternoster, J Rix and J Tucker. (Since that date others have enlisted) A most pleasant evening was spent.

Returned to Australia 2nd June 1919 and was discharged on the 4th September 1919.

Medals received the British War Medal and on the 7 February 1924 the Victory Medal.

James was first married to Sarah Ann Haw, she passed away in 1909. On the 8th May 1919 James married Mabel Hill at St Pauls Church, Liverpool, England.

He remained an orchardist living at “Fairview” Officer.

James died on the 23rd March 1938 in Melbourne, Victoria.

Rix – On the 23rd March at Prince Henry’s Hospital, James Henry the dearly beloved eldest son of Henry John and the late Jane Elizabeth and loving brother of Bert, Lil, Pic and May.

Beloved husband of Mabel, loved father of Laurel and Elizabeth.

He was buried on the 24th March 1938 at the Berwick Cemetery.