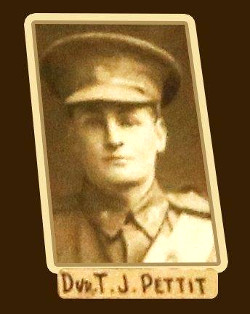 Died in February 1974 at Bendigo, Victoria.

Buried  on the 25thFebruary 1974 at Eaglehawk Cemetery, Bendigo, Victoria.

“At the recruiting meeting held at Beaconsfield on Monday evening three young men handed in their names; Messrs J Edmundson, Pettit and Tulk.

Amongst others who have been accepted for service during the week are C Whiteside, J Rix and L Faragher.”