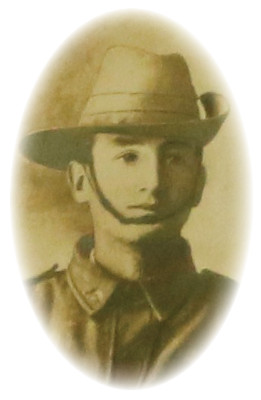 James was killed in action in France on the 19th August 1919.

Dear Jim, May the lord have mercy on your poor soul.

James’ sister received all of his Medals as both of his parents were deceased prior to 1920.

Major, Officer in Charge, Base Records. (In writing to James’ sister)-10th November 1920

It is noted that you are registered on the records of the late No 2733 Private JP Osborne, 7th battalion, but, in order that the instructions under the “Deceased Soldiers Estates Act 1918” may be properly complied with when disposing of medals, etc, I shall be glad to learn whether there are any nearer blood relations than yourself to the above- named for instance, is his father living; if not has he any brothers (Stating the eldest) or any sisters older than yourself (Stating the eldest) still alive; If so I should be much obliged for their names and addresses at your earliest convenience. The provisions of a Will have no bearing upon the distribution of medals unless they are specifically mentioned therein, such momentos being handed over in the following order of relationship unless good and sufficient reasons for varying the procedure are stated:- Widow, eldest surviving son, eldest surviving daughter, father, mother, eldest surviving brother, eldest surviving sister, eldest surviving half-brother, eldest surviving half -sister. Thanking you in anticipation of the favour of an early reply.

James is interred in the Serre Road Cemetery No 2, Beaumont Hamel, Picardie, France.