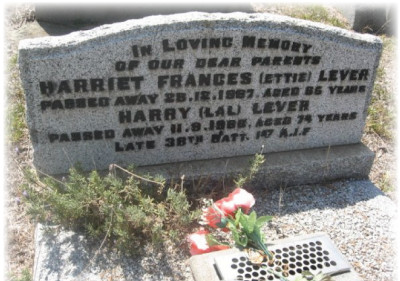 “The wedding was celebrated at St Johns Church of England, Sorrento, on March 27, by Rev Mr Warner, of Mr Harold Lever, of Brighton to Miss Ettie Johnson of “Creswick” Back Beach Road”.

After the war Harold lived the remainder of his life in Dromana, Victoria.