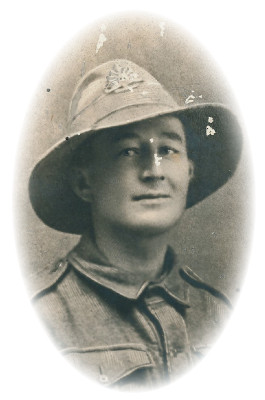 Mr Lecky has received word from both his sons-Drivers JA Lecky and Gunner Mervyn Lecky that they are well. When the war broke out Mr Lecky’s two sons were among the first to enlist.

While serving in France, James sustained a gunshot wound to the chest that would later claim his life on the 14th November 1918.

It is with feelings of the deepest sympathy and regret that we have to chronicle the death of driver James Alexander Lecky, eldest son of Mr and Mrs James Lecky “Cardinia Park” Officer. A few days ago a cable came through to the effect that the young soldier had been badly wounded in the chest by gunshot, and was seriously ill. On Monday official information was received that Driver Lecky had succumbed to his injuries. Mr and Mrs Lecky had two sons- James and Mervyn- and both brave lads have paid the supreme sacrifice in fighting for their King and country, and homeland. It is some little consolation to the bereaved parents to know that the young soldiers followed the precept- “England expects that every man this day will do his duty;” and that they. “Fighting forward fell”.

A thousand glorious actions, that might claim
Triumphant laurels and immortal fame,
Confused in crowds of glorious actions lie,
And troops of heroes undistinguished die.

He posthumously received the British War Medal and the Victory Medal on 8th October 1924. James Lecky is interred at the St Sever Cemetery Extension in Haute-Normandie, France.