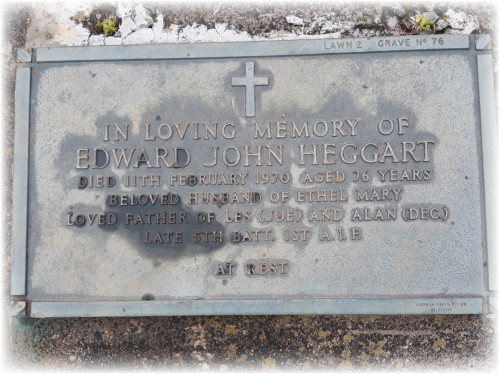 After the war, Edward continued to farm at Yarragon before retiring to live in Warragul.