Enlisted Mr George Grant, who goes into camp next week. George has considerable experiences at soldiering, but being married with a large family has deterred him from being there long ago, he says so many are hanging back, that he cannot resist “The call of the Empire” any longer.”

On the 14thMarch 1918 George was suffering with severe jaundice and he was hospitalised.

Before and after the war George was an orchardist at Beaconsfield Upper. 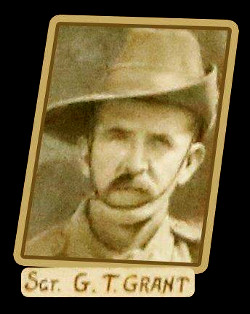 Died in April 1951 at Woodend, Victoria.

Cremated on the 11thApril 1951 at Springvale Botanical Cemetery.