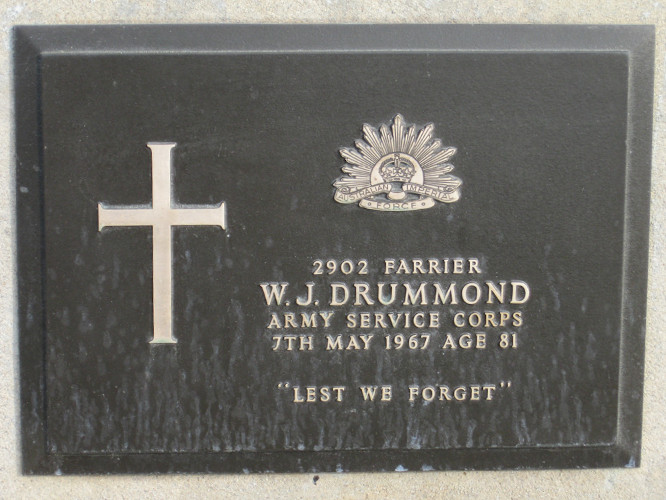 William John Drummond’s name is listed on the Officer Roll of Honor as Drummond. J.

Three Harkaway war veterans returned from the front last week. Two sons of Mr W Drummond, who have seen three years and nine months service, and a son of Mr E Fleer, who has also seen over three years’ service. The three were looking none the worse for their experience, having been fortunate in escaping the scarsof war.

William returned to Australia on 5th September 1919 and was discharged on the 9th December 1919.

He received the British War Medal on 6th November 1924.