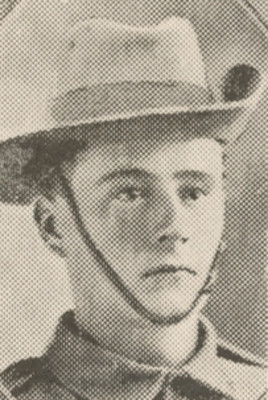 Mr J H W Clements, the head teacher, who is a great favourite with the children, has enlisted and goes to camp on Monday. The children presented him with a handsome dressing case. Mr Crook made the presentation on behalf of the children and spoke of their regret on losing him. Mr Clements feelingly responded.

Mr Clements will be greatly missed in the district, having been connected with the Progress Association since its beginning. He was also Hon. Treasurer for the hall for the last 12 months.

John returned to Australia on the 25th September 1919 and was discharged from the AIF on 27th March 1920.

In 1927 John married Myrtle May Scale in West Melbourne, they had one daughter Mavis Enid.

John died at the Repatriation General Hospital Caulfield on the 5 July 1944. He was cremated on 6 July 1944 at the Fawkner Crematorium.