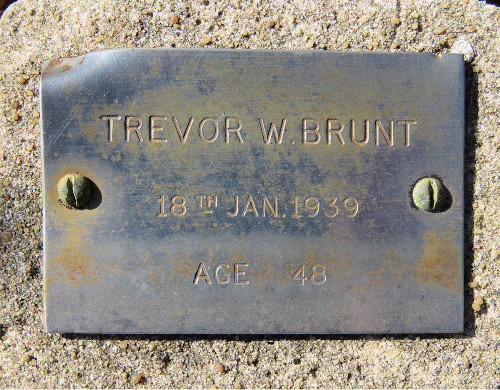 Trevor Brunt, who used to play with Berwick Football team is now with Expeditionary Force at Broadmeadows.

Trevor died on 18th January 1939 and was cremated on 19th January at Springvale Cemetery.