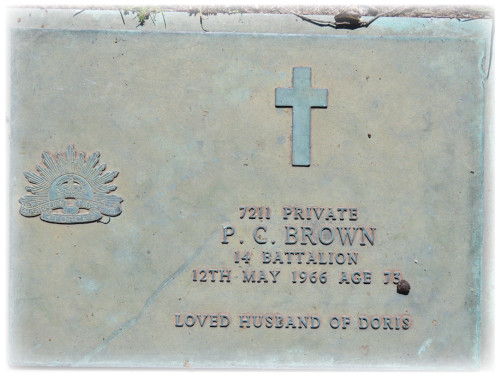 Percy was wounded in action on 22nd October 1917. On the 29th October 1917, he was admitted to hospital for a severe gunshot wound to the head.

They lived in Officer and Percy worked as an orchardist.

Percy died on 12th May 1966 at Officer, Victoria. He was cremated on the 16th May at Springvale Cemetery and was later buried at the Pakenham Cemetery.