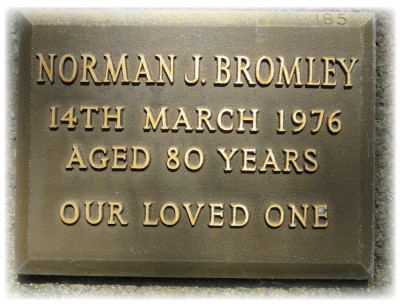 Norman returned to Australia on 18th December 1919 and was discharged on the 28th March 1920. On 24th November 1923, he received the British War Medal and the Victory Medal.

After discharge from the military Norman continued as a Blacksmith living in Oakleigh Victoria.

Norman died on 14th March 1976 at 20 Bent Street South Caulfield Victoria. He was cremated and interred at Springvale Botanical Cemetery on 16th March 1976.