Beaconsfield residents have long enjoyed the beauty and splendour of the Cardinia Creek. The creek has offered an abundance of pleasure, with many different activities.

The native Blackfish was plentiful, local residents would have their favourite fishing “spots” to catch a nice sized fish for an evening meal. This knowledge was soon extended to people living in Melbourne, who would make the trip via the train to try their luck fishing in the Cardinia Creek. People would bring their fishing gear and a picnic, spending the entire day enjoying the creek and its lovely surroundings.

Red-lined Minnows fish, a species of Galaxias, approximately 50cm in length, were collected by the Aquarian Society of Victoria from the Cardinia Creek. This small fish became a popular substitute for goldfish, people keeping them in a home aquarium.

Unfortunately, over fishing and the keeping of under-weight fish became an issue, so catch restrictions were introduced. Fishing was also reduced with the enforcement of a fishing “season”. If people were caught fishing out of season, the culprit would attend Berwick Court and be prosecuted on behalf of the Customs Department. In December 1909, the Victorian Piscatorial Council, recommended to the Fisheries department to close against fishing for two years, this enabled the blackfish to replenish. Sadly, with the introduction of trout fish the blackfish slowly disappeared from the creek.

Melbourne angling clubs were regular visitors to the creek, reporting plenty of Mullet Silvers and Bream, weighing 1.5 kilos, in 1942. Fishing continues to be a popular sport which has evolved with a multitude of variations in fishing tackle to achieve a prize catch.

A Cardinia Creek Swimming Club was formed in 1907, affiliating with the Royal Life Saving Society of Victoria. The clear swim course was 68 metres long, 12 metres deep and the same in width. Each year there would be a Carnival. It was so popular that competitors from Melbourne would attend, special trains were organised to transport the large number of attendees. There would also be a session from the Royal Life Saving Society demonstrating life-saving techniques. To complete the day the local ladies would provide a “lawn luncheon” and an afternoon tea. During the winter months the group would make improvements to the bathing place, constructing a swim board and a starting board, removing snags and general clearing to keep the view of the swim area. The native flora and fauna, has been an enduring attraction, the magnificent display of wattle trees blooming was particularly admired for all those that would visit in the spring. It was a favourite destination of the Victorian Walking Club, the wildflowers were plentiful to view, with numerous shapes and sizes, pleasing all those who came to visit.

Bird life has always been in abundance, the creek has provided fresh water and a fabulous food source. Many groups made the journey to Beaconsfield. The Field Naturalists Club and Melbourne Camera Club would visit the creek to capture the plentiful subjects in their natural habitat within the creek or along the water’s edge. The species of birds found were vast, the grey fantail, yellow robins, grey strike thrush, golden whistler, blackbirds, magpies, black-faced cuckoo-shrike and the blue wren, just to name some varieties. Bell birds were of particular interest with their musical call and the rare helmeted honey-eaters; during the 1930’s the colony was reported to be flourishing.

Although the creek itself and the surrounding reserve has changed over the years, this truly magnificent setting continues to give pleasure to those who take the time to wander around and enjoy the natural environment. 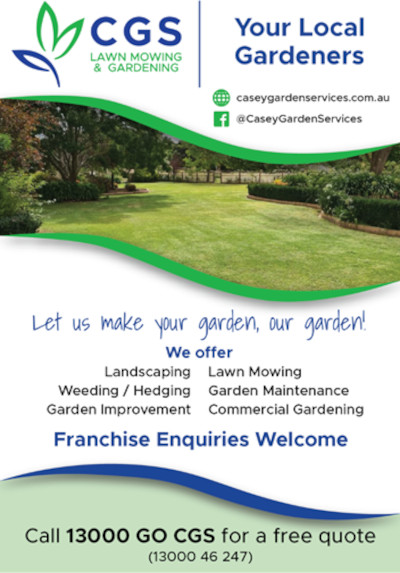