In August, the Beaconsfield community was invited to have their say on the playground renewal at the Kath Roberts Reserve in Kathleen Court, Beaconsfield. Residents were invited to use an exciting online tool to help choose the type of equipment that they would like included.

The online tool allowed residents to select their favourite pieces of equipment to create their ideal playground.

Council wants to know what children and parents would like to see included to ensure the play space is fun and exciting for everyone.

The playground consultation has closed as council officers compile results. There will be further community consultation on the final design in the coming months.

For more information about this upgrade visit Council’s website at www.cardinia.vic.gov.au/haveyoursay

Kath was born on 25 May 1901 in Yorkshire, England to John and Mary Beswick. She came with her family to Australia in 1912 and went to live in Garfield. She married Herman (Mac) Roberts at St. Andrews, Brighton on December 25, 1924. She set up home with her husband in Beaconsfield where he already owned the Station Store. This was situated on the corner of Woods Street and Beaconsfield Avenue.

When the Station Store was leased in 1932, the family with their two daughters moved away for a brief time, but returned to take over the general store on the Princes Hwy in 1934. In 1936, the family moved to the Post Office and Kath and her family ran it as a business and also as a community service.

She was on the inaugural committee of Minibah, took an active interest in the R.S.L. and was a foundation member of Legacy. Kath was a member of the bowls club and treasurer of the Blind Auxiliary in Berwick.

When Make and Mingle, the friendship and craft group at Beaconsfield Baptist Church, started she joined so she could meet and chat with people. Sadly Kath passed away in 1992.

The Kath Roberts Reserve in Beaconsfield was named after her as a tribute to her service in our community.

This information is based on an obituary published in the Beaconsfield Banner in December 1992. 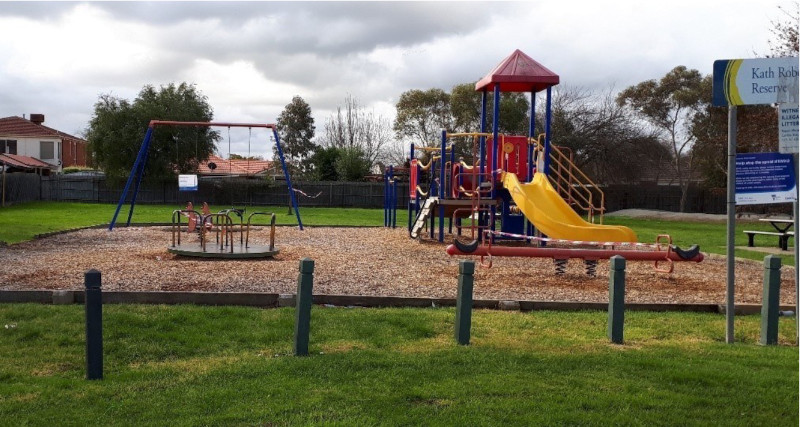