BEACONSFIELD’S Annual Carols by the Creek has a new venue this year.

It will be a little further away from the creek at Holm Park Reserve, 100 Beaconsfield Emerald Road.  Kid’s activities from 6.30pm with Carols starting at 7.45pm.

Bring a picnic dinner and let’s enjoy Christmas together as a community.

Carols in Beaconsfield have always been popular with the community and   this is the thirtieth year of the event organised by Beaconsfield Progress Association and Beaconsfield Baptist Church. 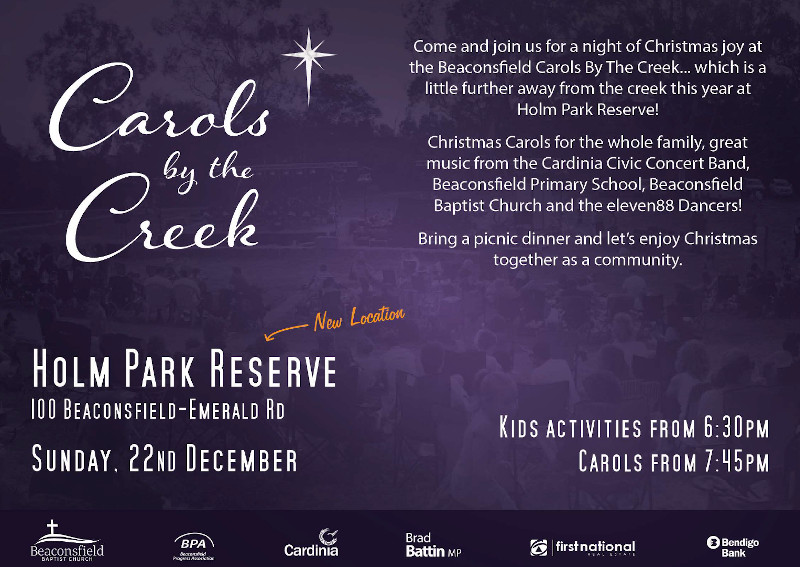