The draft master plan was placed on public exhibition in July and council received 79 submissions. This feedback was considered and the draft Master Plan revised.

The endorsed O’Neil Recreation Reserve Master Plan will be used as strategic justification to seek council and other government funding to support the delivery of capital works recommendations highlighted in the plan.

For more information, and to view the proposed facilities please check out this link from council’s website –

The lack of car parking at the Beaconsfield Railway Station continues to be an issue which affects local residents and commuters. The preferred solution is for the state government to provide additional car parking spaces on the Vic Track owned land between Station Street and the existing Beaconsfield railway station car park.  This land would be able to accommodate 200 – 300 spaces.

During the 2018 Victorian election, the State Government committed to providing 150 parking spaces at the station carpark during the current term of government. Council will advocate for the State Government to uphold its commitment and provide further upgrades. If the full area of land available is not proposed to be formally constructed, Council will advocate that the remaining land be opened up as a temporary gravel car park until funds are available to formally construct the car park.

The system will save approximately $7,000 per year in energy costs and reduce emissions by approximately 52 tonnes of carbon dioxide per year – equal to the emissions of 13 average cars. These savings will benefit the community centre, Beaconsfield Kindergarten and Council.

Council’s 2018–19 footpath program extends the footpath network in and around townships. The following new footpaths were included in the council program.

On Tuesday 18 December, the Richmond Football Club will visit Holm Park Recreation Reserve in Beaconsfield for a training day.

The players will train between 4pm – 5pm, following that they will lead a clinic for children.

Other children’s activities on the night will include a jumping castle, face painting, a mascot appearance and more. 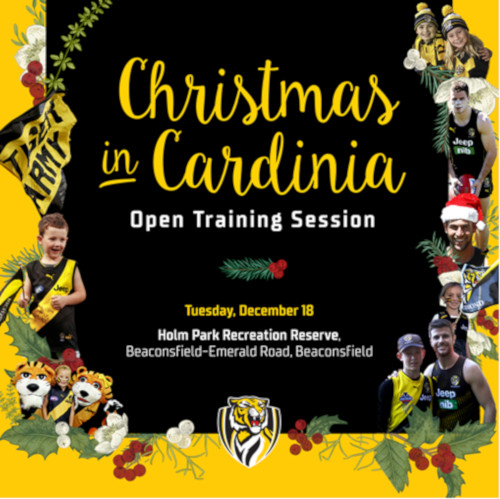 Registrations are required for the clinic, and can be submitted via the below link.

On behalf of Cardinia Shire Council, I wish all residents a very merry Christmas.  Enjoy this festive season with family and friends and please stay safe. All the best for 2019. 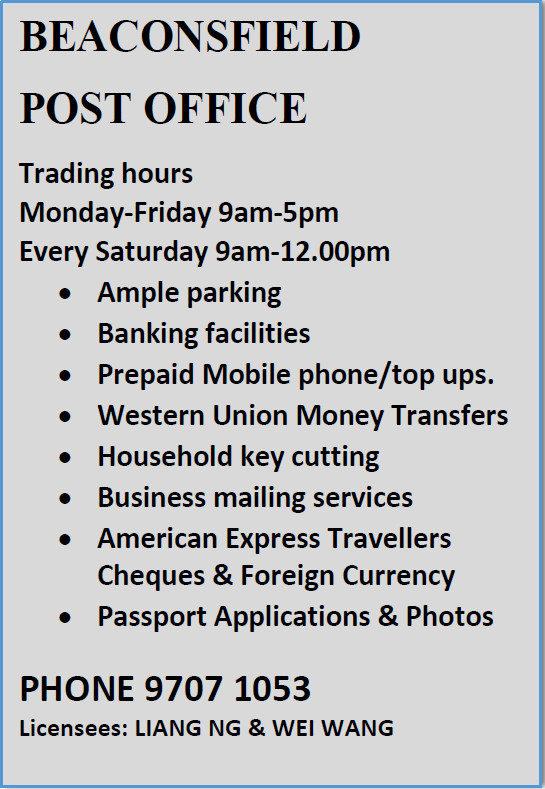