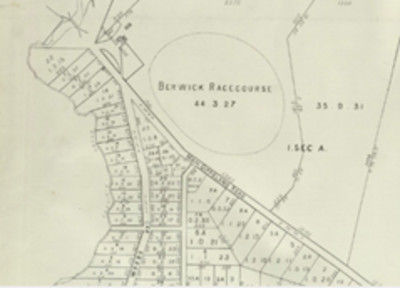 It was reported that several hundred people would attend each race meet. By 1895 the crowds had increased to almost 500 at the most popular annual race event held on Easter Monday. The course was considered to be “one of the best in the district, a good size, and very level, affording the spectators an excellent view of the races from start to finish”. The Melbourne bookmakers and many punters travelled by train to attend the meet.

In the early 1880’s a Beaconsfield Cricket Club was formed, they played on the ground in the centre of the track. The preliminary meeting of members was held at Key’s Gippsland Hotel, where the Central Hotel now stands.

In 1890 a meeting at the now Gissing’s Gippsland Hotel was held to form a football club. There was great enthusiasm for a district competition team to be played in the centre of the track.

Unfortunately the wet weather in March 1897 spoiled the annual race meeting, the crowd was significantly reduced from prior years. The horse racing did continue but the impact of the weather was to change the future use of the racecourse.

Jack Holt, the youngest son of local resident Michael Holt began his career training horses at sixteen. Jacks solid reputation of maximising a horse’s performance, gave him the opportunity to train horses of local wealthy residents such as Richard Grice and the Brunt family. Jack trained and raced his horses on the Beaconsfield Racecourse. He had early success at both the Gippsland and Melbourne racecourses. Due to the very wet winter of 1908, Jack decided the mountain soil in Beaconsfield was not conducive to obtain the best performance from the prized horses in training. This meant moving to Mordialloc and from then there was a decline of horse races at the Beaconsfield Racecourse.

Sporting clubs and the events held at the racecourse paddock ensured the local activities continued to give entertainment and provide outdoor enjoyment. 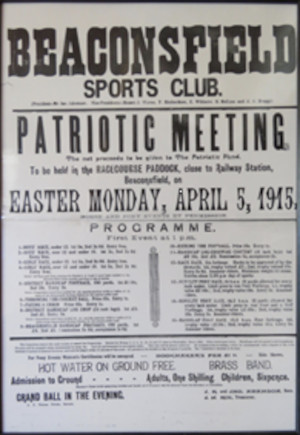 A picnic in April of 1910 would be reported as one of the most successful events, with an attendance of two thousand people. This event became an annual event which included school children with pony events, children’s races, prizes and a brass band. The wood chopping competition continued to be most popular. In 1916 golf was now included in the use of the land, good links were laid out on the racecourse paddock and “a good season is anticipated”. All the sport and picnics continued after the First World War, although the rain and drainage continued to be a problem.

After the end of the Second World War the use of the racecourse declined and concluded with sporting events moving to the Beaconsfield Recreation Reserve, now the Perc Allison Oval. 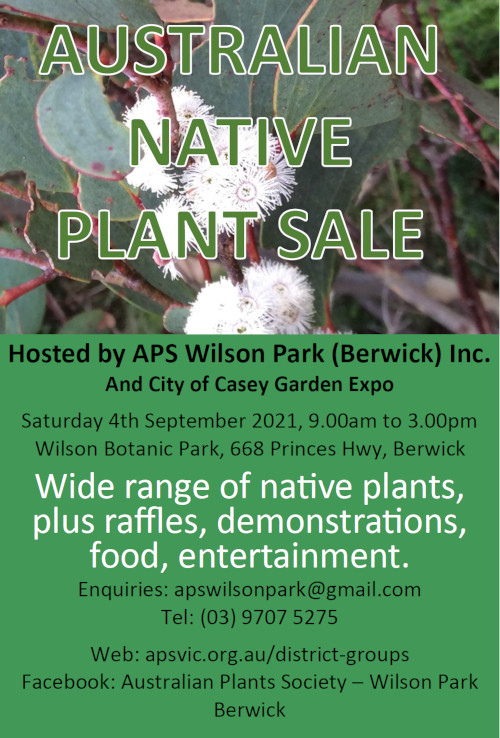