It’s certainly been a year like no other for our community, and like so many other clubs and institutions we have had to go without our Winter rituals.

Back in March we had just successfully completed our first practice match and were full of optimism, no doubt like most footy clubs at that time of the year.

The first lock down put a stop to training but our new coaching panel kept up the energy & enthusiasm as we still had hopes for a resumption of the season. We managed some more training sessions mid-year but the second lockdown put an end to all local footy for 2020.

This is the first year since 1947, when Beaconsfield FC resumed after the Second World War, that our town hasn’t competed on the football field but we now look forward to getting back into action in 2021. Our full coaching panel headed by Senior coach Mick Fogarty, has been reappointed for next year and we have had wonderful support from a number of local businesses who have pledged their commitment through our 20/21 COVID Club. Any local businesses who would like to also be involved with the vibrant local football community can contact our Sponsorship Manager, Scott Hilton on 0455 963 179 or  email sponsorhip@beaconsfieldfc.com

Beaconsfield FC had experienced some joy in 2020 with 3 of our Beaconsfield players making their debut in the AFL.

In March Samantha Johnson made her debut in the AFLW for St Kilda. Sammie had been part of our 2017 Women’s premiership team and was our club and league Best and Fairest in that season.

In the first week of July Jake Aarts made his long-awaited debut for Richmond and has since consolidated his spot with some tenacious performances. Jake is very much a local product, having attended Beacy State School & playing all his junior footy with Beacy starting out in the U/9’s before making his senior debut for the club at the age of 16.  He played five seasons at Beaconsfield Seniors, interspersed with TAC & VFL commitments where he most recently has played with Richmond’s VFL team. Jake is certainly testament to the value of perseverance.

Our most recent graduate is Cody Weightman, who debuted for the Western Bulldogs a week after Jake, and certainly made a big impression, goaling with his first spectacular kick and getting lots of media attention after this effort. Cody also played all his junior footy at Beaconsfield Junior Footy Club starting out in the U/9’s.

He progressed to the U/19’s premiership team in 2018 where he won the Best on ground medal in the grand final as well as playing consistent football in the TAC competition with Dandenong Stingrays.

Congratulations to Sammie, Jake & Cody who will now feature in our AFL/VFL graduates display alongside the likes of Barry Allan and Michael McKenna who were the early trailblazers for talented local footballers from our area making it to the big time.

You can keep up with all club news on our Beaconsfield Football Club Facebook page. 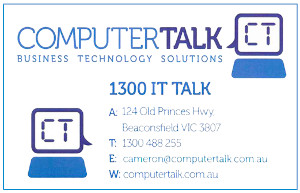