This upgrade will include a new platform shelter, toilets, seating and a Parkiteer Cage with secure storage for bikes, which will allow more people to get to the station without needing to use their car.

The new car park will have CCTV cameras and improved lighting.

The previous Coalition Government delivered 157 new car parks at Beaconsfield Railway Station in 2011 and improved security with the addition of PSOs from 6pm to the last train, seven days a week.

Beaconsfield and nearby Officer have grown considerably since 2011. More people are using the station, and every weekday the nearby residential streets are lined with cars.

The construction of 100 new car parks will help ease the parking pain at Beaconsfield.

I have spoken to many residents of these streets that have been frustrated by having to dodge other people’s cars as they exit their driveways. I have also spoken to a lot of commuters about the frustration of not being able to find a car park at 7.30am, having to park some distance from the station, and then missing their train.

I often use Beaconsfield Railway Station and I have experienced this myself – and I know that struggling to find a car park is not a great start to the day.

Many people have also contacted me over the years about the lack of toilets at Beaconsfield. I have written to the Minister for Public Transport on this and she advised that people needing to use a toilet should get off their train at Dandenong Station, use the toilets there and board the next train.

When you have to go, you have to – and an elected Coalition Government will upgrade and re-open the toilets at Beaconsfield Railway Station.

I am looking forward to delivering a better Railway Station with more car parks for Beaconsfield.

If you have any questions about this or any other local commitments, please get in touch via brad.battin@parliament.vic.gov.au or call my office on 5953 0216. 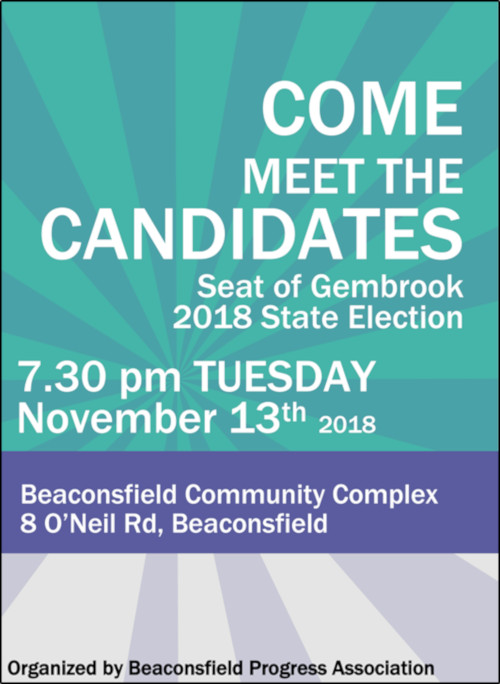