With the 2020 season fast approaching, the Beaconsfield Netball Club is in full pre season motion. The executive committee headed by newly appointed:

Are heavily supported by a general committee:

The Senior Coaching panel is strong, not only in experience but depth in knowledge, skill set and most importantly club culture.  Our senior division is headed by:

John leads this senior coaching team following his 2019 B grade premiership win. His passion and ability to fine tune his players to get that extra 1% out of them is a noticeable attribute.

The junior coaching panel is comprised of the perfect mix of Old School and Young Guns. Maturity, experience, energy and vision encompasses the characteristics of this coaching team.

Both senior and junior trial registrations were well beyond expectations with a blend of new players and players from seasons past. This was of great fortune for the coaches but made their role even more difficult as there are only so many available positions on a team. 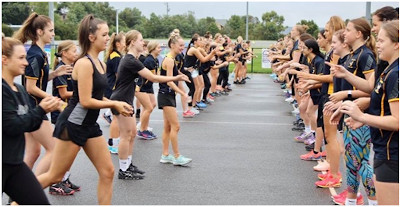 The quality of player registrations was a shining light, with so many players associated with teams from VNL, Rep, Academy and Association Leagues. The depth of energy and skills were on show and apparent to the coaching panel. 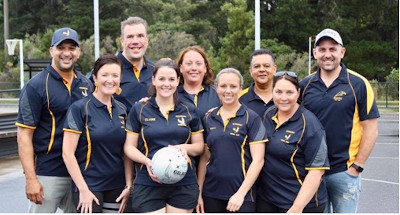 The club culture and sense of unity was at its best at their season launch on the 15th February. Teams of mixed ages were set on a challenge to complete all tasks in the least amount of time. The smiles, laughter and competitiveness were at its peak. It was the element of a family community.

The Life Members of the Beacy Netball family are the heart and soul of the club. Continually supporting the committee, and passing on their wisdom & experiences to players and families. Having the luxury of Life members involvement in our small hub is priceless and an asset that the club treasures.

The BNC are currently in the process of promoting their club sponsorships and memberships . Any potential club sponsor can contact Wayne Nelson at : president@beaconsfieldnetballclub.com.au for further information.

The Beaconsfield Netball Club are looking in great shape for their season ahead. A proactive committee, strong coaching panel, quality and focused players encompassed by a community culture. All that can be said is “Go Beacy”.