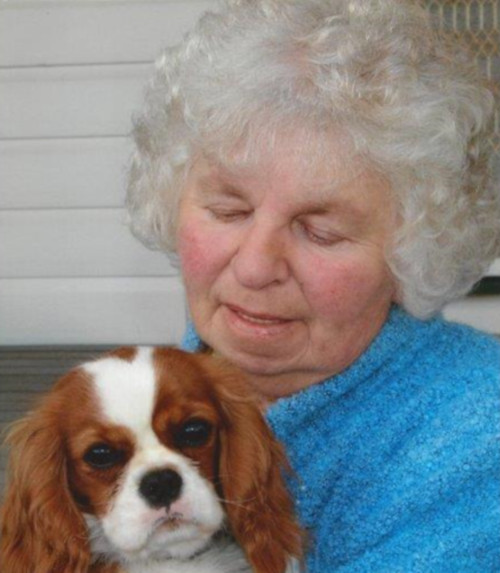 Jeanette was born to Frank and Gladys in Berwick District Bush Nursing Hospital on February 10 1941.

Her father Frank was born in Beaconsfield and was part of the large ‘Barnes clan’ in the local area. Frank and Gladys had married in 1934 and lived all of their married lives in Beaconsfield, most of it at 18 Railway Avenue.  Jeanette had an older brother Reg and a younger sister, Pauline.

Jeanette lived in Beaconsfield all her life. First at 18 Railway Avenue, then 13 Souter Street and later in Wallace Street and Sanctuary Way. She attended Beaconsfield Primary School, Dandenong High School then Zrko’s Business College. She joined H.J. Heinz as a secretary when she was 16 and spent all of her working life at Heinz as a secretary and PA, mainly to Heinz’s senior managers. She married Jim Smyth at the Beaconsfield Congregational Church in Railway Avenue in 1962. They later divorced in 1973.

When she was younger, she liked going to many of the local balls/dances. She won many Belle of the Ball and Belle of Belles.  Apparently, in those days, there was also a ‘Miss Beaconsfield’ pageant, in which many of the young ladies of the district entered. She won the title, ‘Miss Beaconsfield’, at least once.  Jeanette and Gladys made most of the dresses that she wore to the dances, often working into the wee-hours of the morning before the dance to complete them.  This love of sewing grew into a broader interest in craft that she pursued at Make and Mingle.

These are many things she loved doing that defined who she was. She enjoyed going shopping with her mum (Gladys).  For many years, Friday night shopping in Dandenong was the norm before the existence of Fountain Gate Shopping Centre.

Playing the piano was a big part of her life and she was a very accomplished pianist. She taught the piano while living at Souter Street and held annual concerts at Christmas in which all the students played. She played piano for the Congregational Church in Beaconsfield. The congregation in those days was small. Apart from the Minister and Jeanette, there were often only a few parishioners.  She also attended the Uniting Church and Church of Christ in Berwick and the Beaconsfield Baptist Church, being involved in playing the piano for services, choirs and sing alongs at all these churches. She also played for weddings and loved listening to the music of Andre Rieu and Richard Clayderman. Her garden was also important for her and she had a big garden and spent many hours gardening and knew all the scientific names of the plants.

Frank Barnes was a life member of the Beaconsfield Football Club and Jeanette’s son Russell played junior football for a while with Beaconsfield. In typical fashion, Jeanette and Gladys started helping out with the junior canteen and soon they were running it.

When she retired, she was active in local activities and was a mainstay of many local groups. She was involved with the Berwick Hospital Auxillary and a member of Probus Pakenham receiving a 20 year member certificate. She served in many committee roles with Probus, including being Club Service Director for five years. She was particularly active in organisation of the Cancer Council Biggest Morning Tea.

She loved going to Make and Mingle every Wednesday and with Jan welcomed people when they arrived and they served in the kitchen for the craft fair. She participated in line dancing in the Beaconsfield Community Hall and continued doing this until reduced mobility made this too difficult. She loved going to the Akoonah Park Market and enjoyed having coffee or lunch with the ‘girls’, be they the ‘Heinz girls, the ‘Make and Mingle girls’ or other circles of friends.

One of her best friends was Margaret, whom she worked with at Heinz and later they joined Probus. Jeanette and Margaret liked to go walking (the streets of Beaconsfield) with their dogs. Her other best friend was Jan. They enjoyed Make and Mingle, craft, the knitting club and generally each other’s company.  Jeanette enjoyed watching all types of sport; especially swimming, football and tennis. She particularly enjoyed watching North Melbourne football club and going to the games. In more recent years she watched the match on television. Her passion was her pets. In her earlier years there was the white Samoyeds – Sam and Shell. Later, there was a corgi (‘fella’ – short for ‘little fella’) and then King Charles – Churchill, Dixon and Watson. There were also cats – Scruff, Walter and Fullager.

Jeanette was farewelled at Beaconsfield Baptist Church by family and friends who will miss her but were so thankful for her love and friendship to them.