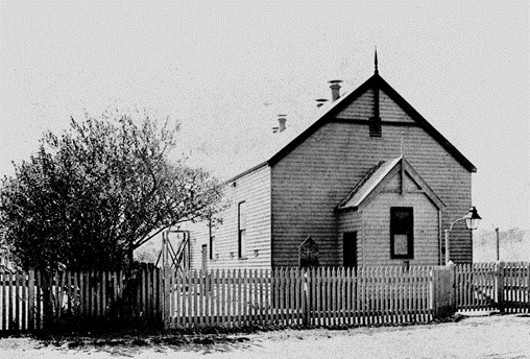 A group of local residents met in 1904 with the vision of building a public hall in Beaconsfield. A committee was formed for the management of the hall, which was to provide a gathering place for recreation and education. The agreed location was a prominent position on the Princes Highway opposite where the War memorial now stands. The hall with a free library would be most advantageous for the community and fundraising for the hall proceeded.  The local builder James Adamson was the carpenter of choice and the construction of the building commenced. In July 1906 the Premier of Victoria, Thomas Bent attended the opening. He gave praise to the community for the enthusiasm of such an important public building to service all the residents’ communal activities.

During the First World War there were many functions in support of the district soldiers, there were numerous occasions of fundraising and the hall was the venue to welcome home all that returned from war service in 1919. 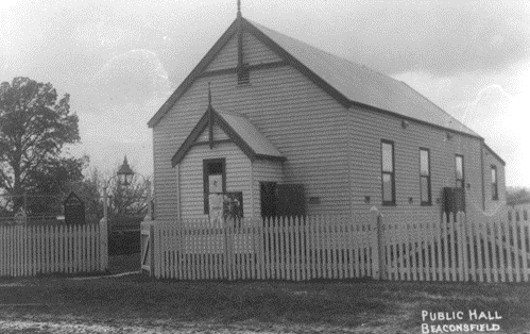 The hall provided for the residents a multipurpose functional building which included a free library. Over the years there were many different uses including weddings, balls, bazaars, a place of worship and one of the rooms was used for a time as a baby health centre.

In the 1930’s the hall had a cinematographic machine, which was a welcome entertainment. After 1937 the hall was sold to the “Crown”, the reason given was that it allowed the committee to apply for government grants.

The Country Roads Board in the mid 1940’s began its deliberation regarding the widening of the Princes Highway, the predicament of the hall position was continually discussed over the following years. Despite this, in 1957 the hall committee received a subsidy for extensions to the supper room. The robust discussion on relocation continued, in 1963 the Beaconsfield Progress Association continued the discourse during the March meeting, numerous committee members, councillors and concerned local residents debated the future possibilities for the building. A popular view during this time was the possibility of moving the hall to the Recreation reserve. A motion was passed that a letter be sent to the Country Roads Board requesting the future planning regarding the highway and its impact concerning the hall.

Despite community protest the hall in the 1970’s was sold by tender to Mr H D Allen of Arthurs Creek. This unfortunately meant the hall was demolished instead of the original preferred choice of moving the hall to another location, as desired by the residents.  The hall committee received a cash payment to build a new Beaconsfield hall to better service the growing town.

Without a community venue the obvious need was recognised by the local council. The old Pakenham Library was subsequently moved to Beaconsfield next to the scout hall in Beaconsfield Avenue. This provided a necessary place for local groups, which included the BPA, neighbourhood centre classes, and a crèche.

A new hall was not built on the previous model, instead the new Beaconsfield Community Complex was built in O’Neil Road in 2004. 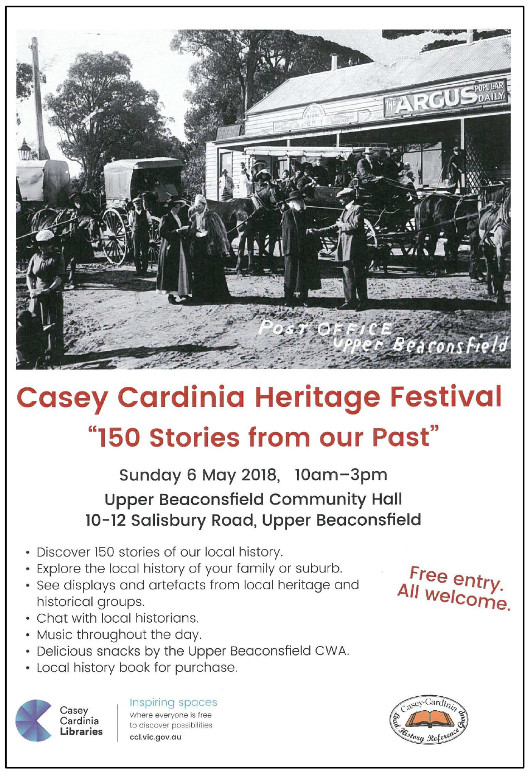