BEACONSFIELD ANZAC MEMORIAL SERVICE was held, as tradition, on the Sunday before Anzac Day, 23 April 2017, in fine autumn weather.

The Service started with a march from the Engine Bay of the Beaconsfield Fire Station along Woods Street to the Cenotaph area.  Returned Servicemen descendants, local school children, scouts and others marched. 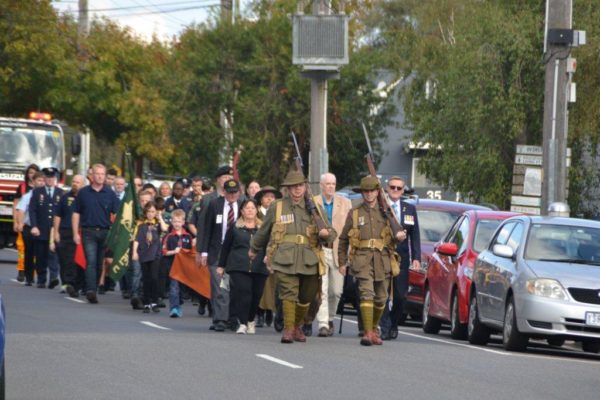 The Memorial Service has been held by Beaconsfield Progress Association since 1999 and was instigated by the late Tony Rushton, 18 years before.

The keynote Speaker was Vivienne Williams OAM who spoke on Animals in War – the Forgotten Army.  Vivienne, a retired school teacher is a Beaconsfield Resident and has been actively involved in animal welfare for over 30 years. 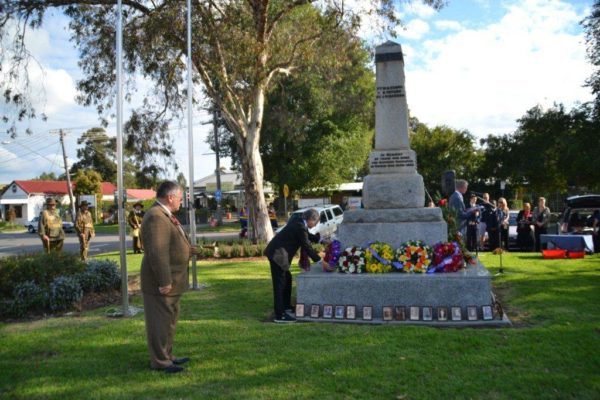 The President of Upper Beaconsfield RSL Eric Chaplin read the names of WWI and WWII Servicemen and women from the Cenotaph and Honour Board.  Their photos were placed around the Cenotaph by our young leaders from Beaconsfield Scouts, Beaconsfield Primary School and St Francis Xavier College.  Mr Chaplin also led the ‘Ode to the Fallen.’ 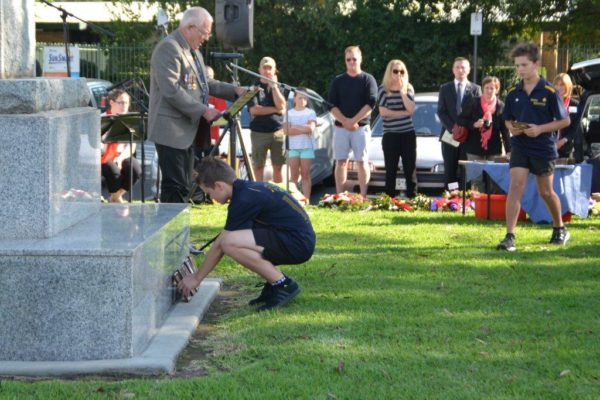 There was a blank Ceremonial Volley by the Australian Great War Association and the Last Post and Rouse by Rodney Edwards, Bugler. 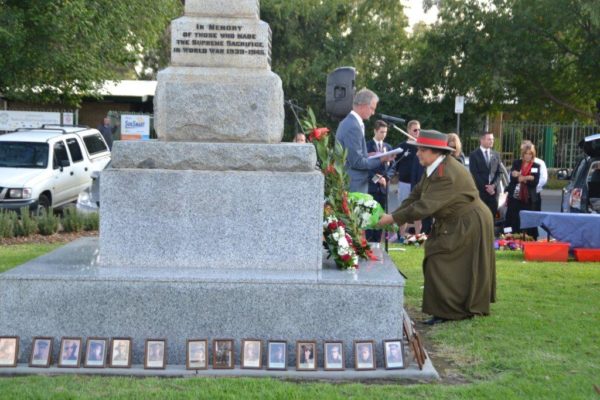 At the conclusion of the service, afternoon tea provided by Midway ladies was enjoyed with great conversations between people attending reflecting on the commeration of Anzac Day.

The Beaconsfield Progress Association thanks everyone for their support in holding this special event every year. 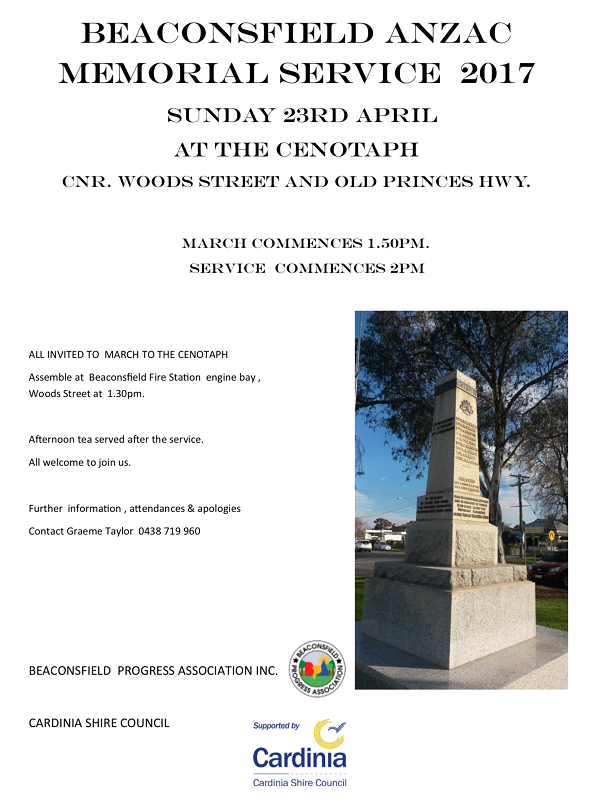