World War One was one of the most significant events of the twentieth century, claiming the lives of more than 16 million people around the world.

As both sides of the conflict were empires, they had colonies in all parts of the world. Soldiers from all five continents were involved in fighting in Europe and consequently it came to be called World War One.

World War One remains the greatest cause of casualties in Australia’s history. In 1914, Australia had a population of just under 5 million. Around 416,800 Australians enlisted to serve in the Australian Imperial Force (AIF). More than 60,000 soldiers were killed and approximately 156,000 were badly wounded or taken prisoner.

The war had a significant impact on the families of soldiers as in many cases the bread winner was at the war front. Many community fund raising activities were conducted to assist affected families. A poster from 1918 advertises one of the activities. 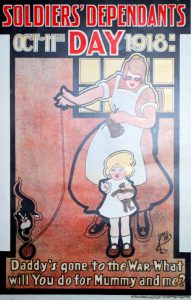 Timeline of World War One – Australia Goes To War

“On August 5, 1914, a six- inch coast defence gun at Fort Nepean, Victoria, fired Australia’s first shot of World War I. The warning shot on the German merchant ship Pfalz heralded the start of our involvement in a war that was eventually won by the Allies, but with a catastrophic loss of life on all sides. The passage of the years has done nothing to diminish the impact of that war on Australia. It is woven deeply into our nationhood and each year, on Anzac Day, we remember those who gave their lives to secure the freedom we cherish today.”

At the start of the war there were many volunteers in all countries. As the war progressed and the casualties grew, it became necessary to increase the age of soldiers accepted into the forces. In many countries conscription was introduced to ensure the armies had a steady supply of reinforcements.

Posters were used extensively to attract recruits. A couple of posters are shown below. 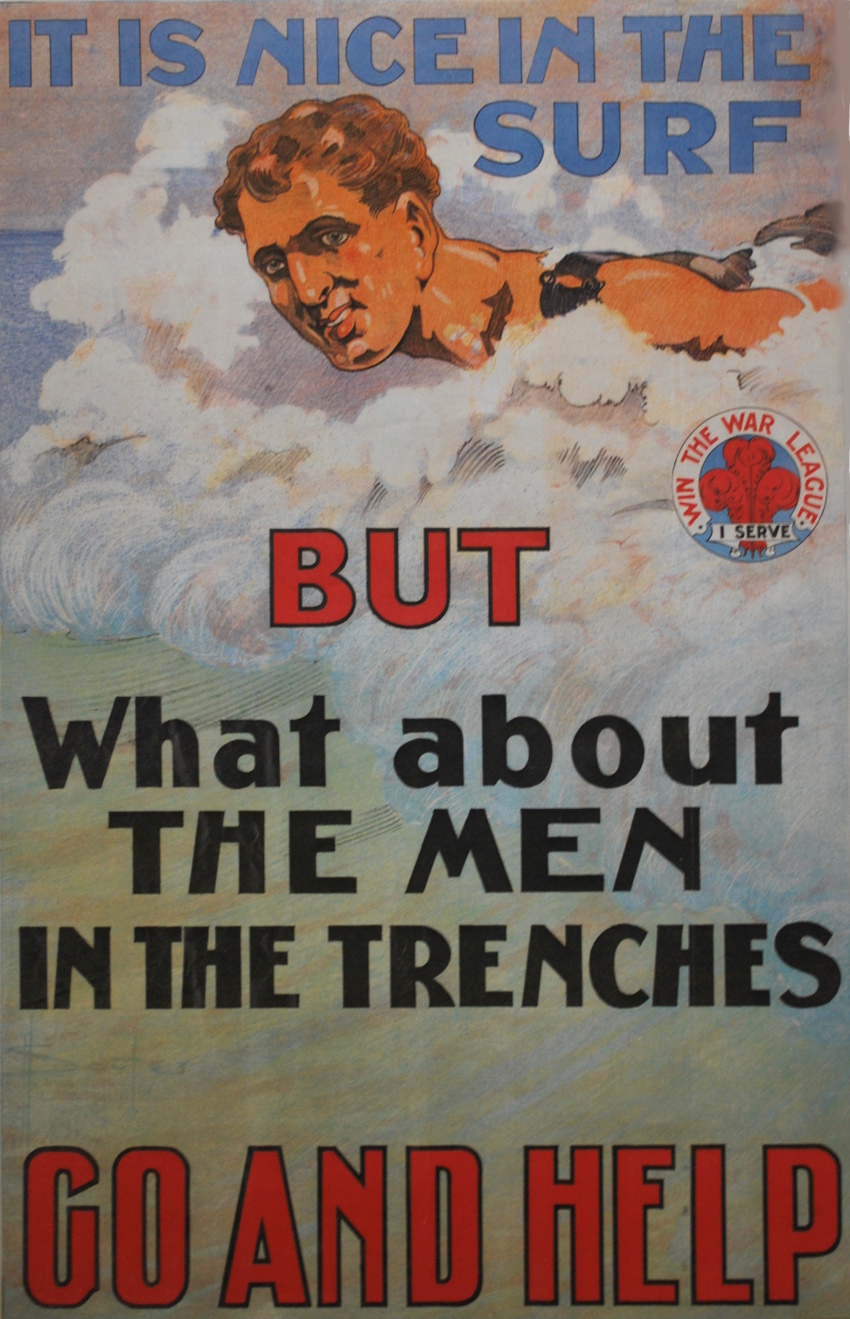 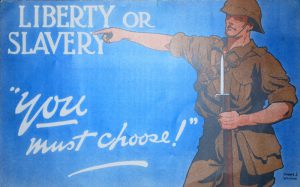 Approximately 65 soldiers from Beaconsfield fought in World War One and ten were killed.

At least two Beaconsfield soldiers were awarded military honours as a result of their service and bravery.

There are four physical memorials  and one Digital Memorial to these soldiers in Beaconsfield and details of these monuments are accessible from the menu of this Digital Memorial.