The Shrine of Remembrance

The Shrine of Remembrance is Victoria’s memorial to the men and women who fought in World War One.

In 1922 a competition was held for a non-utilitarian memorial to be funded by public subscription.

A panel chaired by Sir John Monash chose the entry by Melbourne Architects Philip Hudson, James Wardrop and Kingsley Ussher in 1923. Building commenced in 1927 and employed many ex-servicemen as Great Depression sustenance labourers. The cost was £235,000.

The Shrine was dedicated by a son of King George V, the Duke of Gloucester, on Armistice (Remembrance) Day, 11th November 1934.

The Shrine became the place for the Anzac Day Dawn Service and from 1936, the termination point of Anzac Day Marches.

The images below show the Shrine as it appears in 2017. 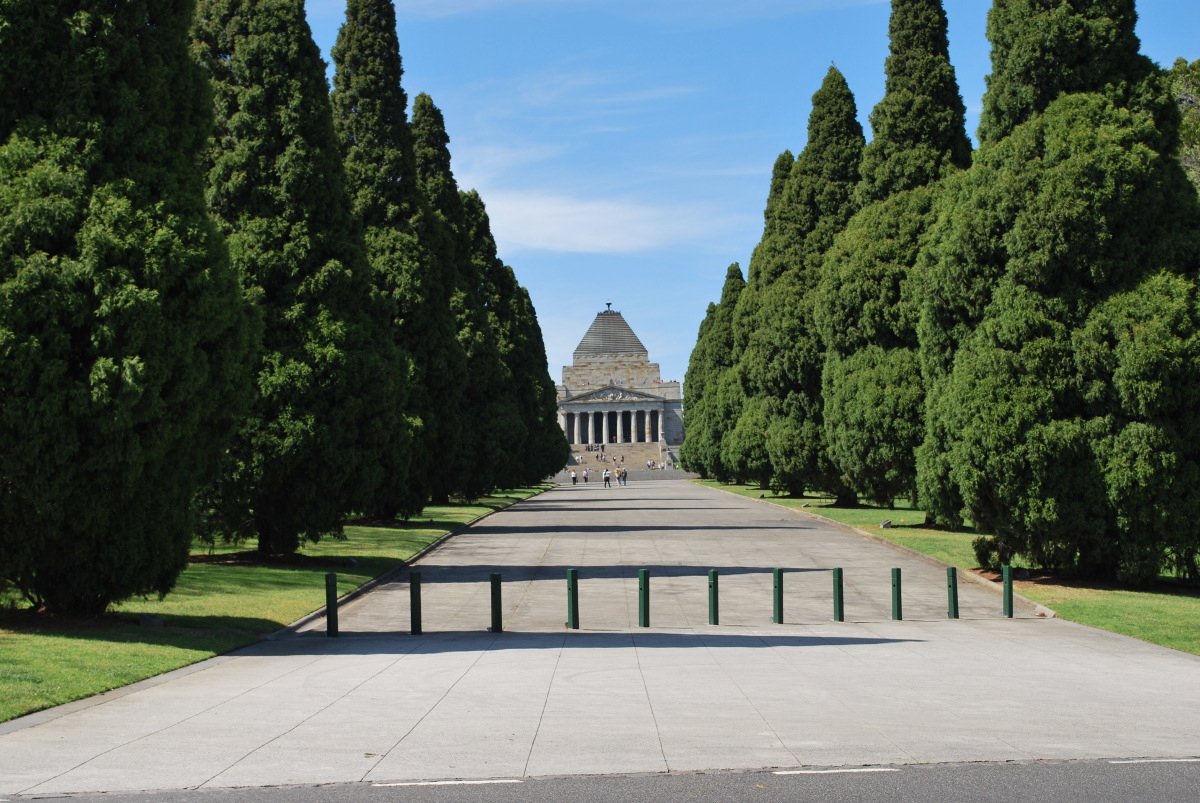 Avenue from St Kilda Road to the main entrance of the Shrine. The Avenue is used for the Anzac day parade each year. 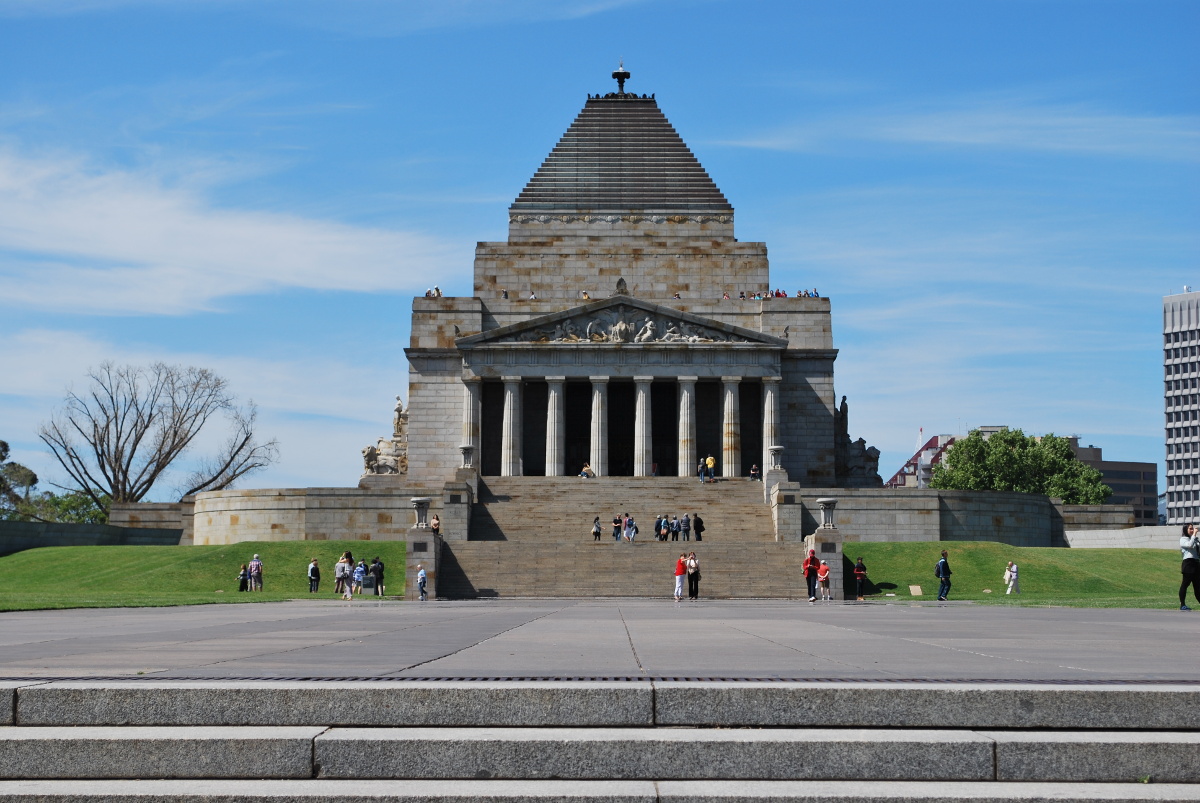 First set of steps in the forecourt leading to the main entrance of the Shrine. 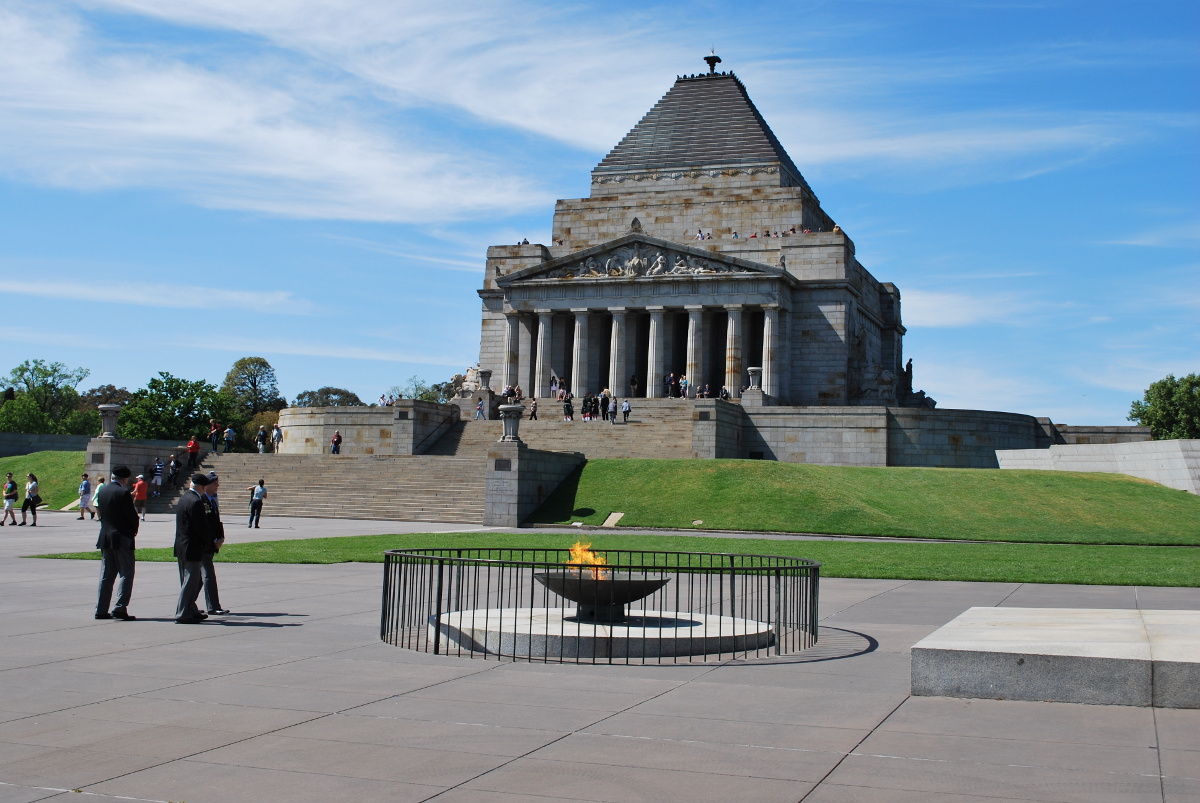 Eternal flame in the forecourt of the Shrine. It is on the same level as the first set of steps. 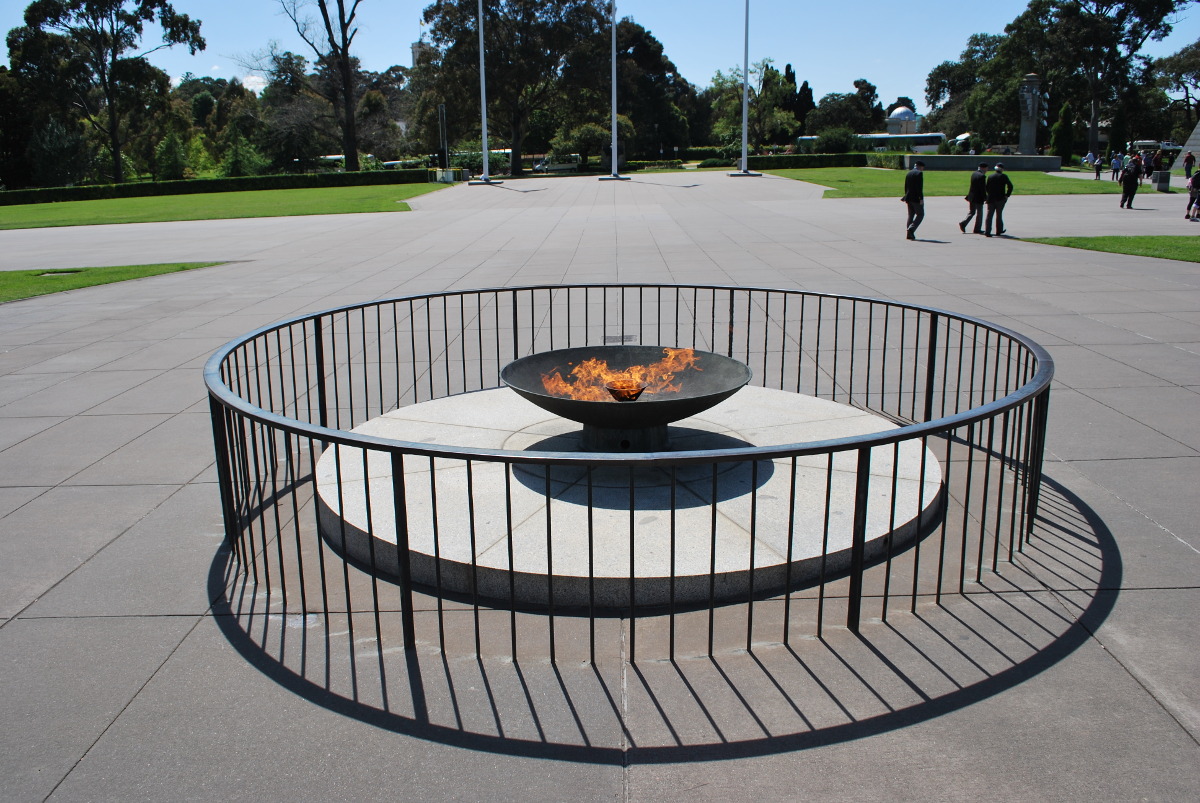 Continuously burning Eternal flame in the forecourt of the Shrine. 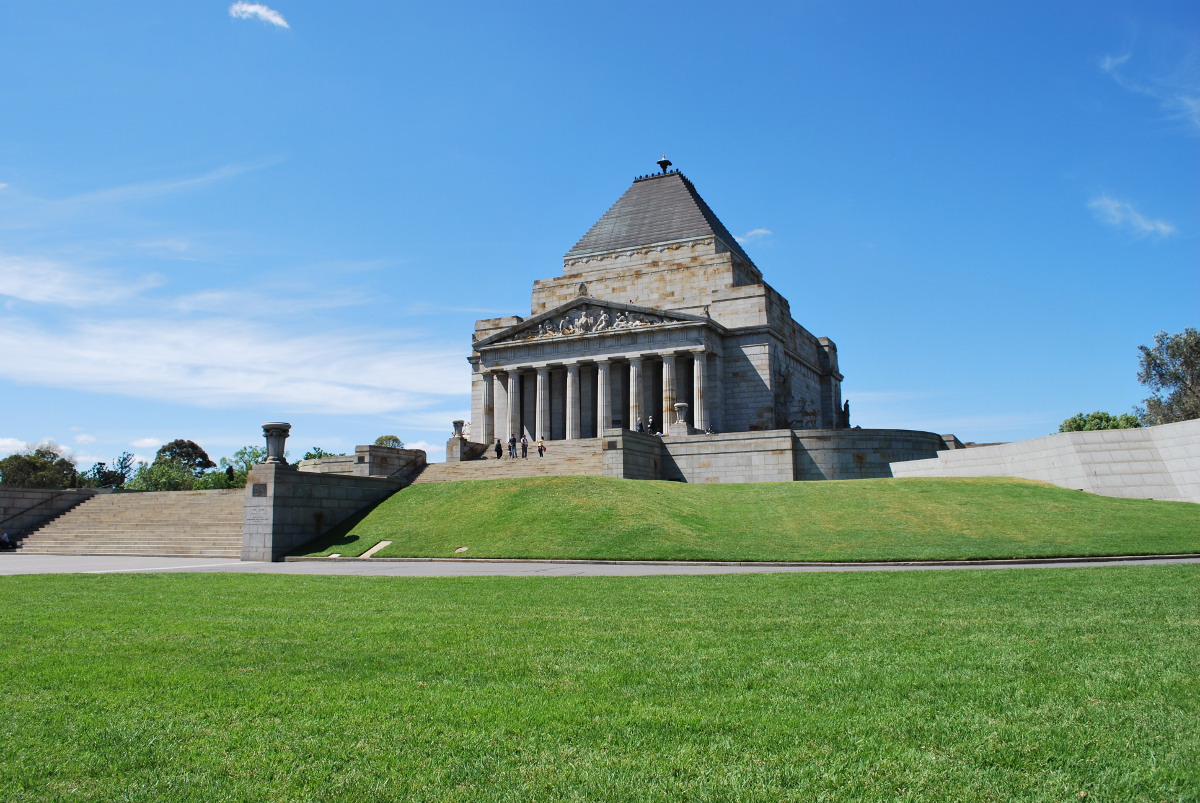 The Shrine is located in a significant area of manicured lawns. 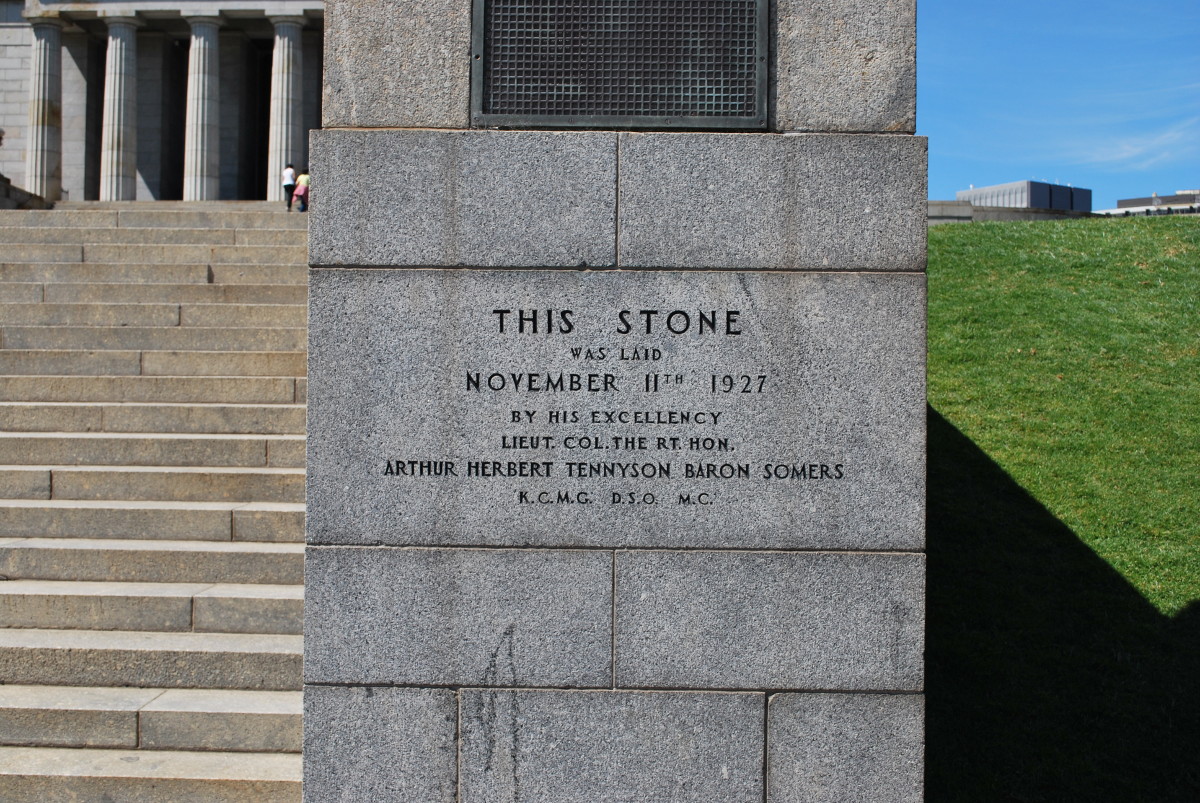 A foundation stone laid during the construction of the Shrine. 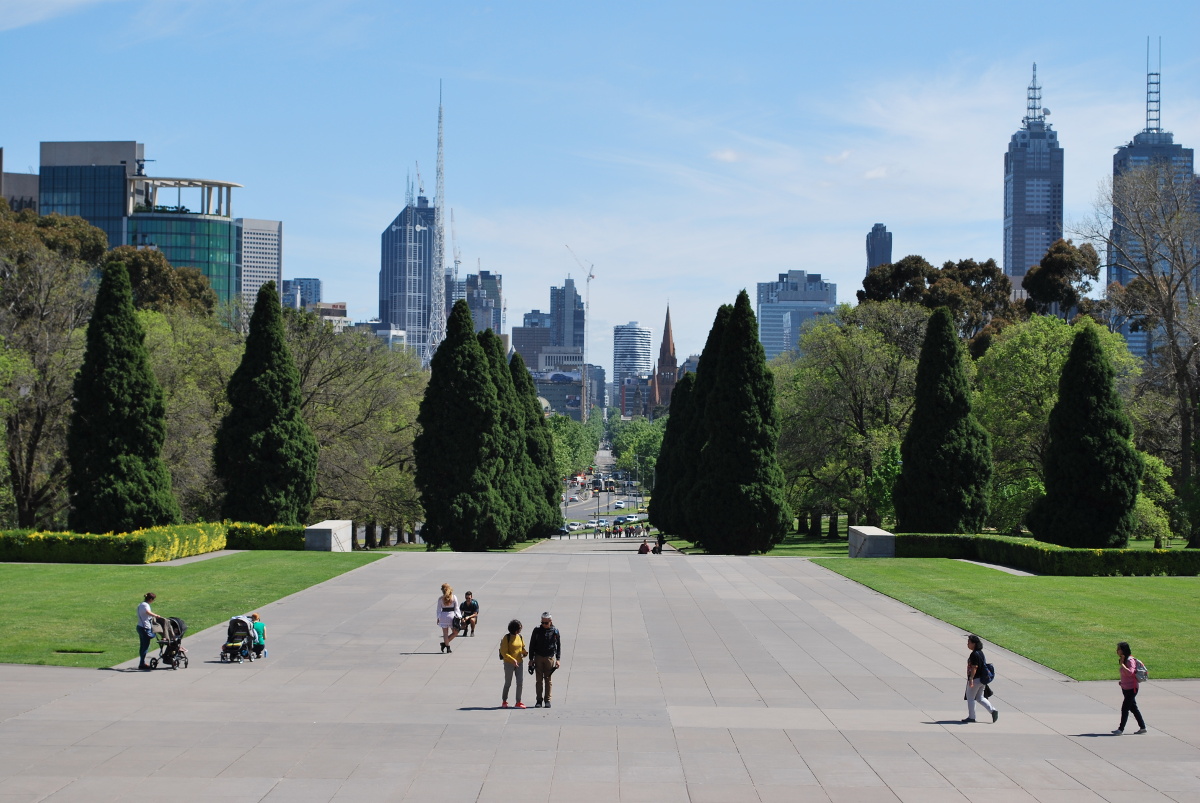 The Shrine is located on high ground and has a commanding view to the CBD of Melbourne. 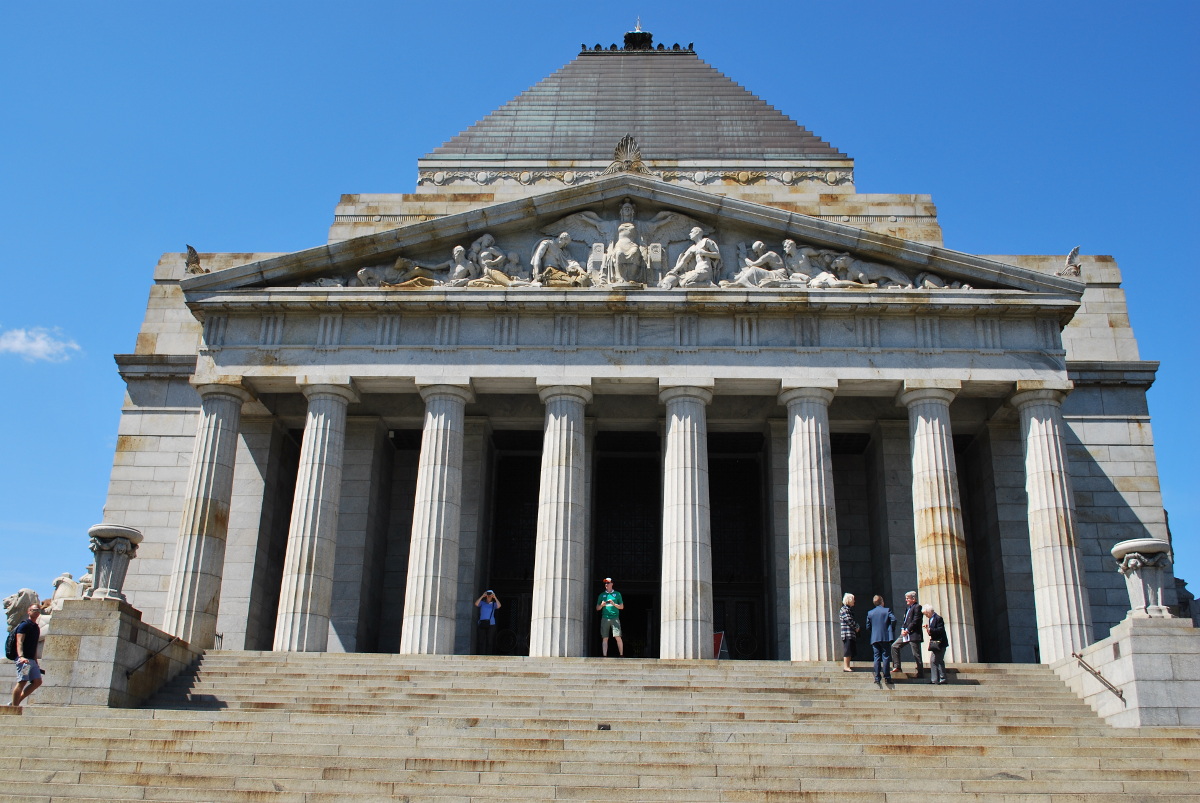 The main entrance to the Shrine features an imposing facade. 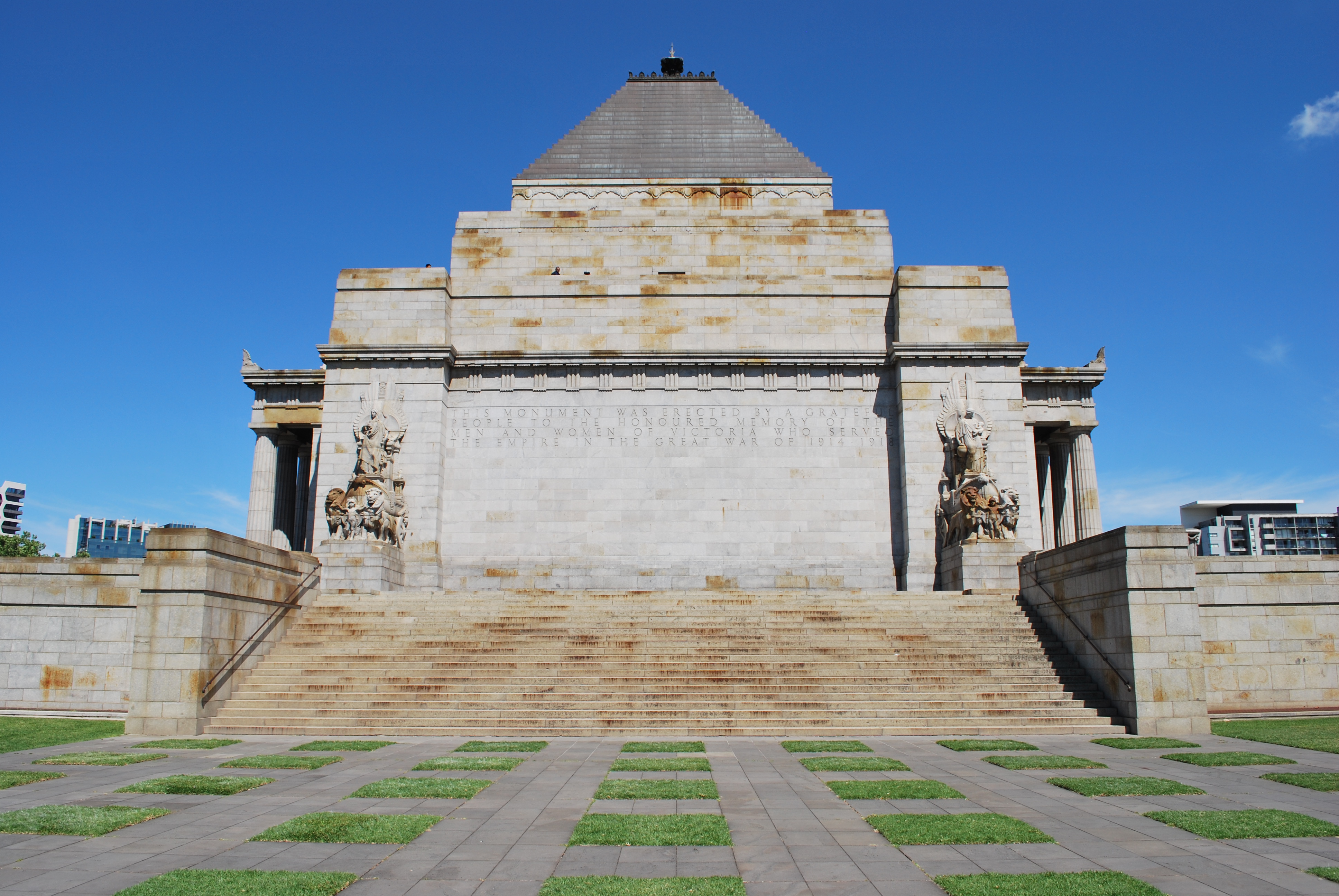 The north facing side of the Shrine

The north facing side of the Shrine features the following inscription: 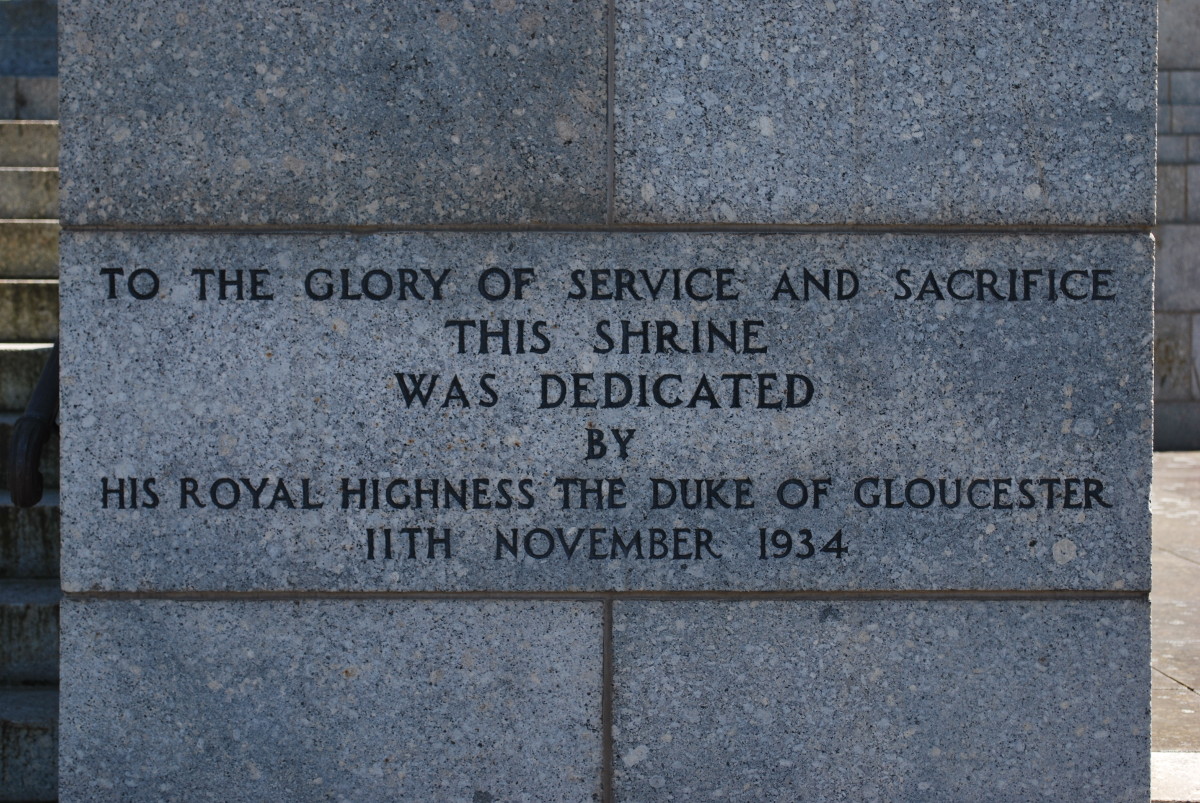 Dedication stone for the Shrine laid in 1934. 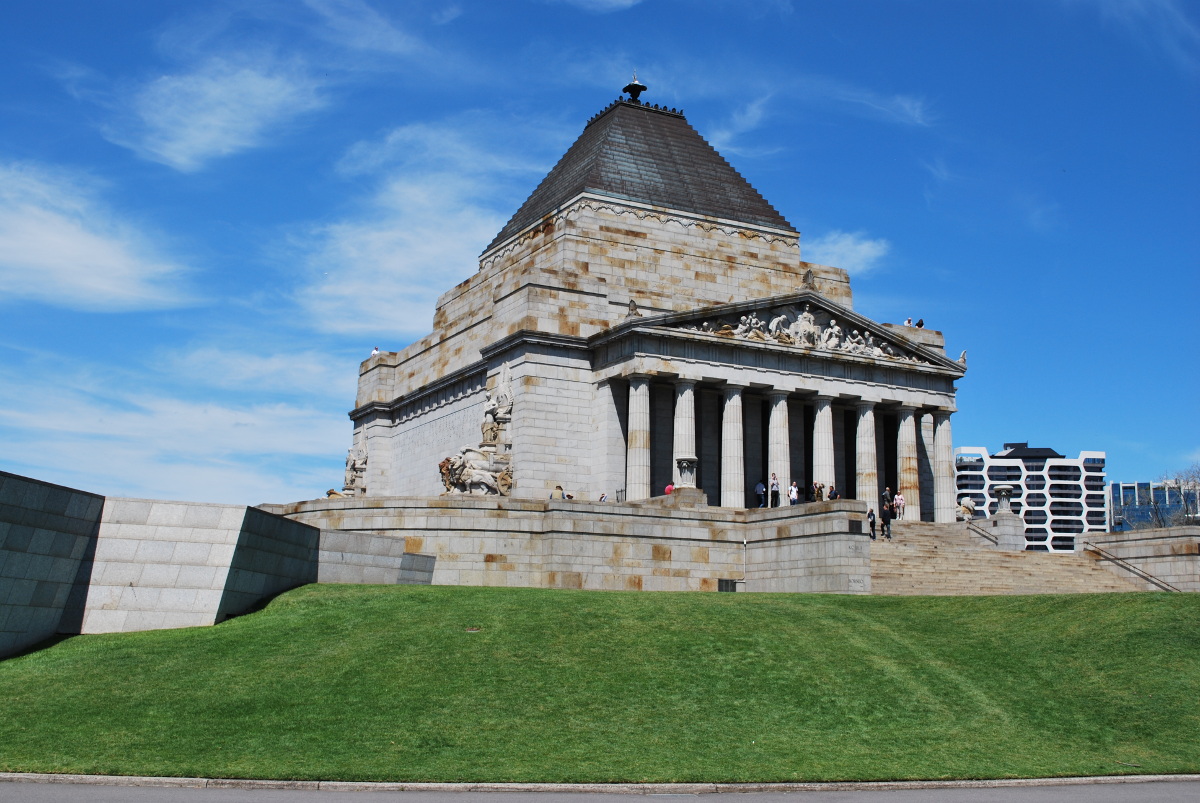 More of the lawns surrounding the Shrine. 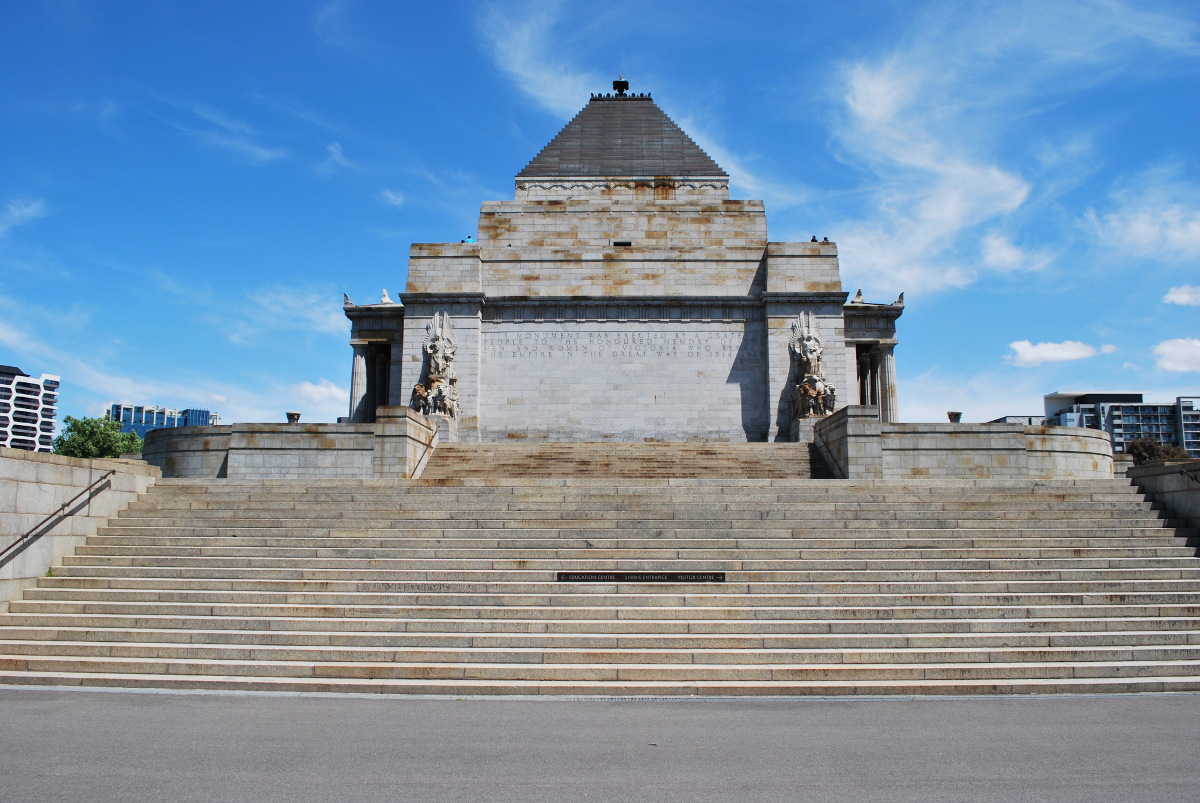 The Eastern side of the Shrine

The Eastern side of the Shrine features the following inscription: