Beaconsfield Park Memorial Gates on the corner of Old Princes Hwy and Beaconsfield Emerald Road were unveiled in January 1939 as a tribute to the soldiers who served in World War One. 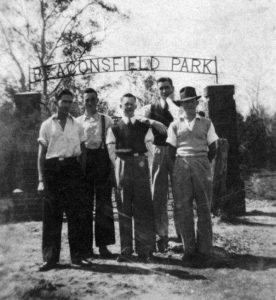 The gates were the gift of the Craven sisters, Belinda, Mattie and Alice, who earlier had the Beaconsfield Post office. 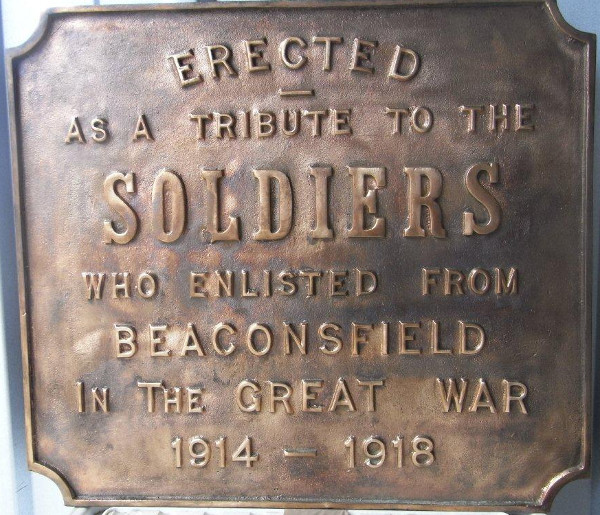 This plaque has recently been recovered and restored. It is believed it may have originally been part of the Beaconsfield Park Gates World War One monument.

The sign and gates have become an iconic symbol of Beaconsfield, but over the years have been moved a number of times, including when the highway was duplicated and it became the vehicular access to the Beaconsfield Park / Reserve at some stage. The sign was eventually attached to star pickets until restoration work took place. 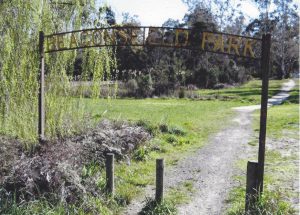 After his sudden passing in 2007, Beaconsfield Progress Association (BPA) vowed to restore the sign and gates to fulfill his wish.

In 2008, BPA was successful in obtaining a Cardinia Shire Heritage Grant to commence the restoration of the sign and Cardinia Shire decided the park which had become very overgrown needed to be renewed, planned and planted. This was done through a Cardinia Shire Contribution and Federal Government Grant. 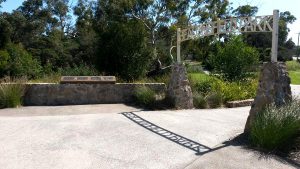 The restored Memorial Gates and renewed Beaconsfield Park were officially opened on 24 March 2011. 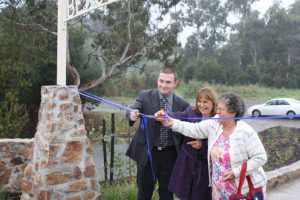 The four bronze plaques for the Beaconsfield Avenue of Honour list the names of 65 Beaconsfield World War One soldiers. The plaques were installed in 2015 with a Victorian Government and Victorian Veterans Council “Restoring War Memorials Grant”. 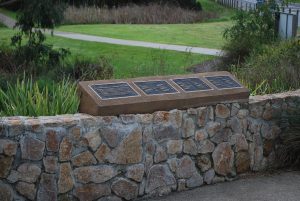 The 65 servicemen have finally been recognised with plaques on display, as the original name plates made when the trees were planted had deteriorated and and had never been displayed. 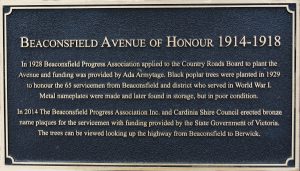 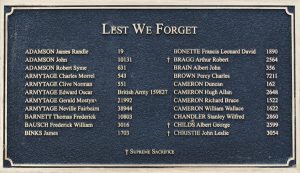 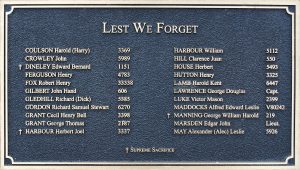 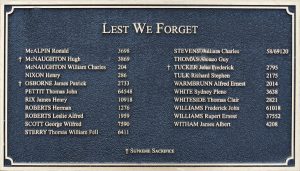