The Beaconsfield War Memorial is a Cenotaph of polished granite. 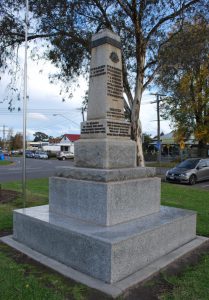 It was built in 1920 by Stonemason Corben & Sons of Fitzroy and erected on the corner of Woods Street and the Main Gippsland Road (Old Princes Highway). 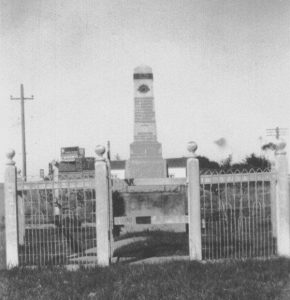 The Cenotaph as it was originally installed in 1920.

The names of nine soldiers from Beaconsfield and District who made the Supreme Sacrifice in WWI are listed on the monument.

It has a representation of the A.I.F badge in bronze. On the base is the inscription-

“Erected as a tribute to men who enlisted from Beaconsfield and District, and in memory of those who made the supreme sacrifice in the Great War 1914-1919.” 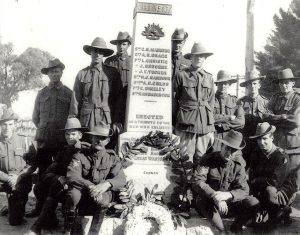 The memorial was officially unveiled on 13 March 1920 by General Brand.

The local community had raised funds for the memorial. Mr. W Nixon was president of the memorial committee and acted as Chairman on the day. Speeches were also made by Colonel G.H. Knox and Cr W. G. a’Beckett, Shire President.

An article in the Pakenham Gazette dated 19th March, 1920 mentioned the Cenotaph dedication. 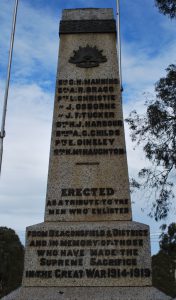 In February 2006 restoration work on the monument with a State Government Grant was carried out by Barry Wakley monumental masons. This was organized by local resident Tony Rushton and in April near Anzac day, a reinactment of the original opening service and photo took place. 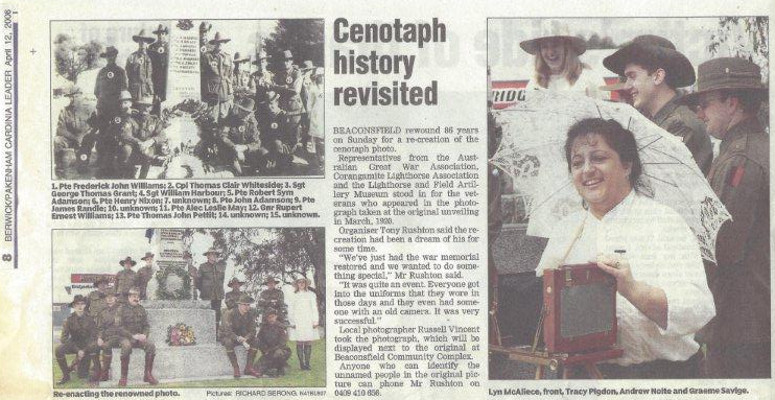 Reinactment of the unveiling of the Cenotaph in 2006

Each year since 1999, Beaconsfield has an Anzac Memorial Service on the Sunday afternoon before Anzac Day. Some images from the 2017 service are shown below.

The march to the Cenotaph 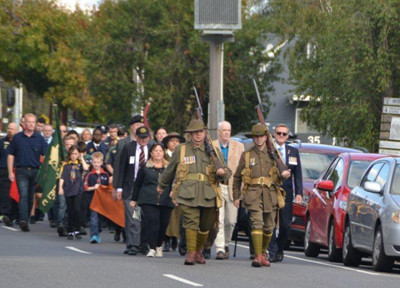 The march to the Cenotaph 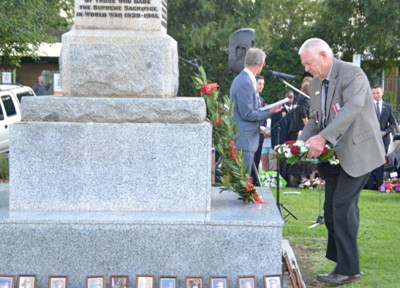 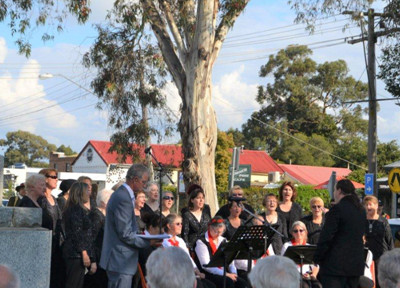