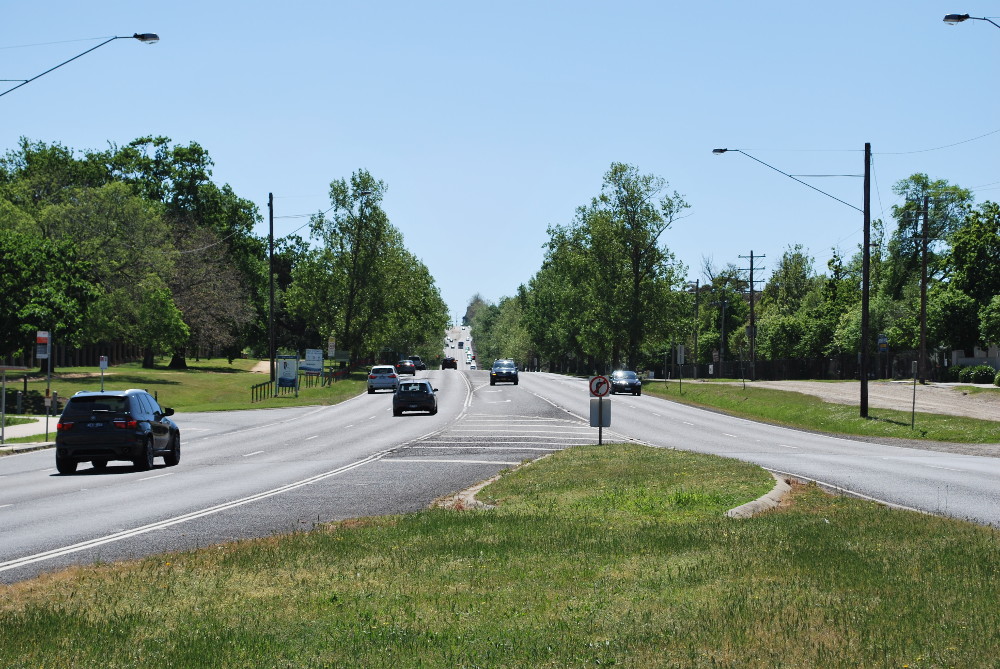 Avenue of Honour looking from Beaconsfield towards Berwick

Dr Allan Correy from the Department of Architecture at the University of Sydney, in 1994, said the following about trees planted to honour soldiers:

“Nearly all cultures have found ways of remembering wars and honouring the war heroes. The first conflict in which Australia was involved was the South African War of 1899-1902 and memorials to those who served were erected. However it was the Great War of 1914-1918, which affected the lives of so many people, that fostered an enormous community need to establish lasting memorials than any other country. Originally memorials were monuments of stone; buildings and arches were favoured at first. Planting trees was seen as a symbol of hope for the future but above all it was seen as something tangible, which ordinary people could become personally involved with.

The idea of planting trees as war memorials appears to have originated in Great Britain in 1918 when the office of the Kings Highway issued a pamphlet titled “Roads of Rememberance as War Memorials”. The two objectives of this program were to transform suitable existing highways “to the dignity of Roads of Remembrance adorned with trees” and to organise the building of highways “of exceptional dignity and beauty with open spaces at intervals as special memorials in the Great War”. The first and most famous avenue of honour was the one planted between 1917 and 1919, at Ballarat in Victoria.

Plants have long been associated with specific symbolism. Trees which are vertical or pyramidal such as poplars and cypress are often used to symbolise “the elevation of the soul from worldly concerns and focusing heavenward on the external” (Professor James Stevens Curl, Architectural Historian).”

“Professor Ernest Scott, of the Melbourne University, says:- Every little township set in the great plains or homed in the quiet hollows of the hills, every place of whatever kind from which men have gone, should have its avenue or grove, each tree bearing a metal plate – perhaps also the enamelled Battalion colours – with the name, corps, recital of the battles, honours won, the full tale of the heroes’ accomplishments in war, engraved upon it. It might be worthwhile to distinguish merit by particular trees, say, oaks for the Victoria Cross men, beeches for the Military Cross men and so forth. It should be known to every man serving, or about to serve, that somewhere in his own country – in the place where he is born, or where he lived when he enlisted – there would grow a tree telling his tale of honourable service to generations to come, a tree which would grow nobler with the years, beneath whose shade some would often gather, and look up to the bronze plaque, and read the name and record respectfully a tree where in the birds would sing his praises from season to season down the long avenue of time.”

Beaconsfield’s Avenue of Honour consisting of 123 Hybrid Black Poplars was planted in 1929 along either side of the Old Princes Highway from Beaconsfield to Berwick.

Plaques listing the names of the 65 servicemen remembered are on display at Beaconsfield Park, corner of Old Princes Highway and Beaconsfield Emerald Road, looking up the hill to the memorial trees.

In an article in The Argus on 6 July 1928, it was noted that Beaconsfield Progress Association applied to the Roads Board for permission to plant an Avenue of Honour after the main road through Beaconsfield was completed in 1928.

Ada Armytage, a local philanthropist of Holm Park, generously donated funds for the planting of the 123 Hybrid Black Poplars in 1929. The Avenue of Trees has been well preserved and still stands proudly along the roadside from Beaconsfield at Cardinia Creek Bridge to the hill crest of Berwick.

Individual metal name plaques were made for each serviceman but for various reasons were never displayed near the trees. Extensive research has discovered that these plaques were found stored in Adamson’s old Hardware Store in Woods Street then handed over in the 1980’s to the City of Casey.

The late Tony Rushton, a local Beaconsfield resident, located the original metal plaques at the City of Casey Depot. He was responsible for initiating the project that would see the names of the 65 servicemen being displayed on new plaques within the Beaconsfield area.

The Beaconsfield Progress Association Inc. decided to ensure that new plaques were made and displayed. With support from the Victorian Government and Victorian Veterans Council a ‘Restoring Community War Memorials Grant’ was received in 2013. Penny Harris Jennings undertook the research to ensure the servicemen’s names and service numbers were accurate. We are indebted to Penny for the many hours she spent ensuring the accuracy of the information, painstakingly checking service records and service numbers of each serviceman. Her commitment revealed some discrepancies in spelling of names on the old plaques, which have now been corrected to ensure the information displayed on the BEACONSFIELD AVENUE OF HONOUR PLAQUES is correct.

In 2014, new bronze plaques were made by Print Professionals and installed by Cardinia Shire and CityWide at Beaconsfield Park, on the corner of Beaconsfield Emerald Road and Old Princes Highway.

The Beaconsfield Park was beautified and the Gateway restored in 2011 by Cardinia Shire utilising a Federal Government Grant and contribution from Cardinia Shire, making the park an excellent place to display the new Avenue of Honour plaques.

After 85 years these 65 servicemen have finally been recognized with plaques on display within the Beaconsfield District. In 2014 the Beaconsfield Progress Association Inc. with support from Victorian Government and Victorian Veterans Council received an ‘Anzac Centenary Community Grant’ to enable the publication of a booklet and digital material containing the information and stories about the 65 servicemen named on the plaques.

Much of this information had been unavailable until the research was done for the new plaques. 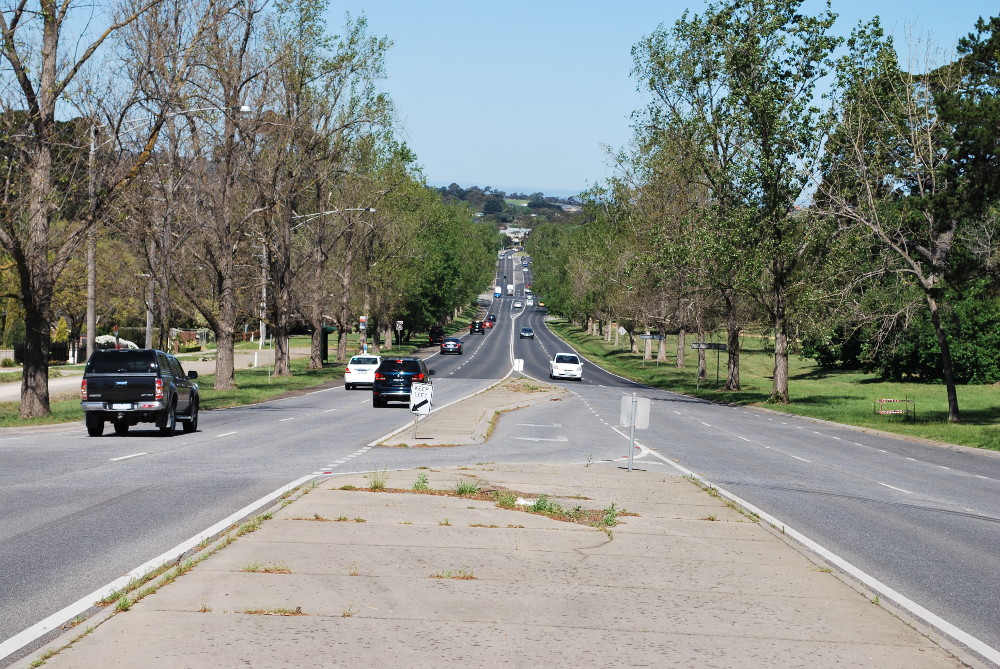 Avenue of Honour looking from Berwick towards Beaconsfield 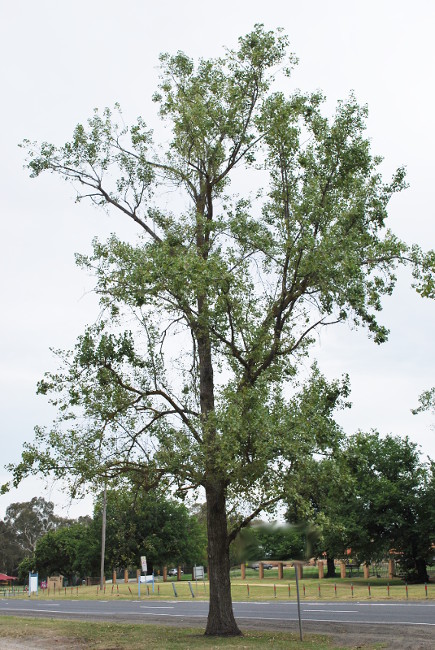 One of the Hybrid Black Poplar trees

In 2019 some of the trees showing signs of ageing needed to be replaced.  New trees were propagated from cuttings taken from the original trees and were planted to replace the trees that had been removed. 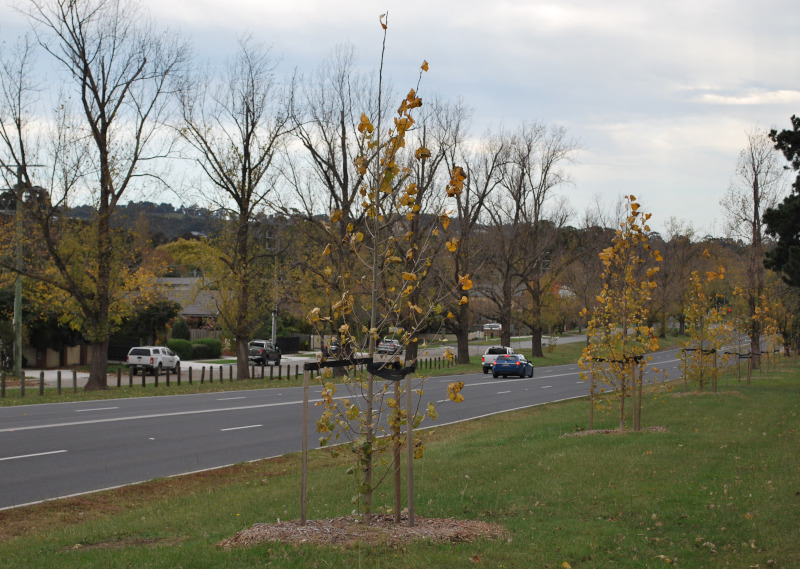