On the 14thMay 1917 Sydney married Annie Holland in Mayfair, England.

On returning to Australia Sydney lived at Tooradin, then Clyde. In 1936 he lived at “Grassmere”, Inglis Road, Berwick and his occupation was a dairy farmer. 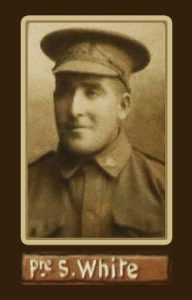 “White Sydney Pleno on July 3 at Berwick, loving father of Les, father-in-law of Una and Pop of Valerie and Garron.”

Cremated on the 5th July 1954 at Springvale Botanical Cemetery.