Kelvin and Nancy lived in Kew and Balwyn. They had three children David John, Gregory and Jeanette. In the 1970’s they had a newsagency in Wendouree Victoria, followed by Strathmore. In later years Kelvin returned to signwriting and lived in Ballarat and then finally, Horsham.

Kelvin died on the 24 February 2003 and is interred at the Horsham Cemetery. 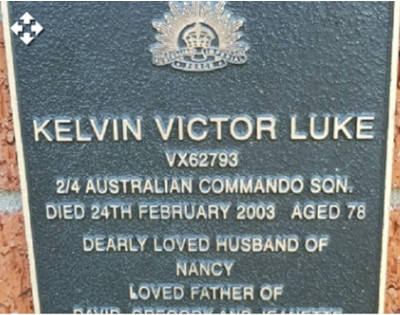