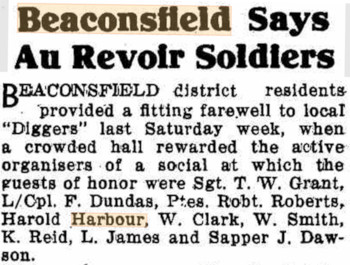 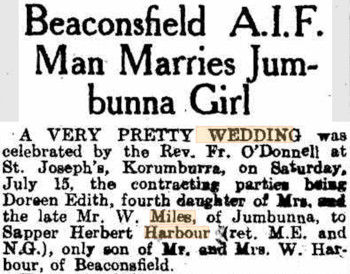 Harold and Doreen lived in Oakleigh and had two boys John Alfred and William.

Herbert died on 1 June 1993 and is buried at the Berwick Cemetery.