Jack lived in Beaconsfield on enlistment working on the family poultry farm in Hughendon Road.

He and Edith later lived in Railway Ave, they had two children John and Elizabeth.

In the 1960’s and 70’s Jack lived in Thornbury, later returning to Beaconsfield. 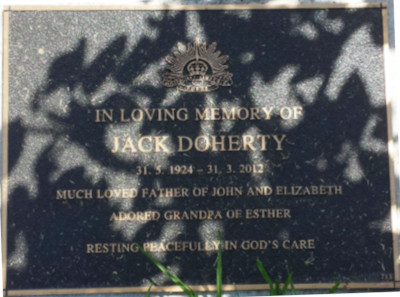