Wilfred and Nellie continued to live in Beaconsfield after the war. They did not have any children. Wilfred was a popular resident who built numerous homes for local residents. He built the home of Kaine Harris in 1954, 75 Beaconsfield Emerald Road, Beaconsfield Upper. After the death of Nellie, Wilfred remarried in Glen Iris to Jean Veronica Tregoning. They lived in Surrey Hills, Victoria. 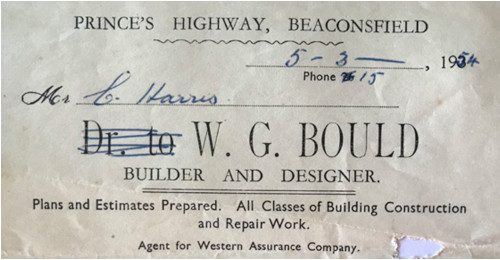 Wilfred died on the 31 August 1988 and on 5 September he was cremated at the Springvale Botanical cemetery.