Leonard and Dorothy had five children Len, Gaye, Barry, Anthony and Stephen. They lived in Caulfield East, Oakleigh and Springvale. In 1977 they moved to the country, Robinvale, near Swan Hill and eventually they relocated over the border to Euston, New South Wales.

Leonard died on 11 November 1991 and is buried at Euston Cemetery New South Wales. 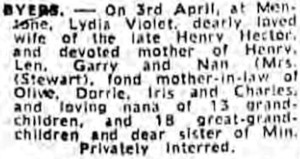 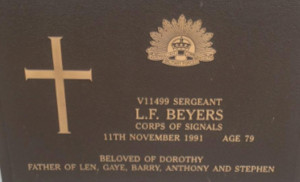