Thomas and Maud lived in Beaconsfield until 1931. They then resided at 277 Dandenong Road, Malvern. 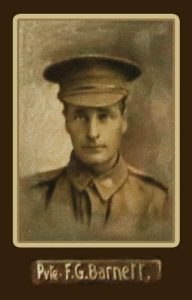 Died on the 9thNovember 1960 at St Kilda, Victoria.

“Flights from Fire -Escapes By Night.

On Friday night a cottage owned by Mrs Larkin, and built on the Quamby settlement at Beaconsfield Upper was destroyed by fire. Mr Barnett, a son-in-law and two youths were staying at the cottage, and retired to bed early. When around  half-past 8 o’clock the fire had such a hold that the occupants had just time to snatch up their clothes and escape. They dressed in the bush.”