Clive Norman Armytage was discharged on the 14thSeptember 1916, being appointed to a Cadet Artillery Brigade, Imperial Army, England.

Married in 1926 to Viva Youngman of “Retreat Station”, Casterton, Victoria. 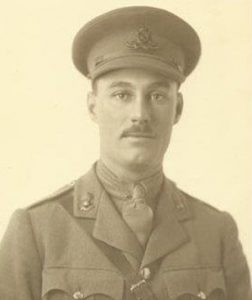 The death occurred on Friday evening of Mr Clive Norman Armytage, of Wando Estate, near Casterton in his forty ninth year. Mr Armytage was mustering sheep on his property about 5.45pm, when he was overcome by heart attack; he died later in the evening. Mr Armytage was born at Holm Park, Beaconsfield on May 24th, 1893, being the eldest of a family of four- three boys and a girl. His brothers were C M Armytage and H F Armytage, and his sister, Edna, (Mrs L M Bailey). He was educated at Greenvale and Geelong Grammar schools. He enlisted with the 4th Australian Light Horse at the commencement of the Great War, served on the Gallipoli campaign and was later granted a commission in the R.F.A. (Special Service). He served in France, where he won the Military Cross. In 1926, Mr Armytage married Miss Viva Youngman, of Retreat Station, Casterton. There were two children, Norman and Patricia.”

Buried in April 1942 at Casterton, Victoria.