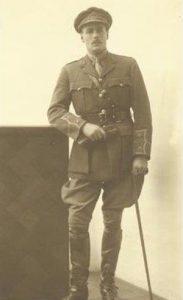 On the 14thAugust 1915 Charles contracts typhoid in Alexandria, Egypt.

Charles is discharged on the 21stOctober 1916 to serve in a temporary commission in the Special Reserve, Royal Field Artillery.