“Residents of Beaconsfield and surrounding district are looking forward to the annual gathering of the Beaconsfield Athletic Club on Easter Monday 13th April for which Messrs JR & John Adamson are making preparations.”

In 1915 John was the Hon Secretary for the Beaconsfield Sports Club.

After the war he continued his occupation as carpenter.

John and his family were well known residents of Beaconsfield. 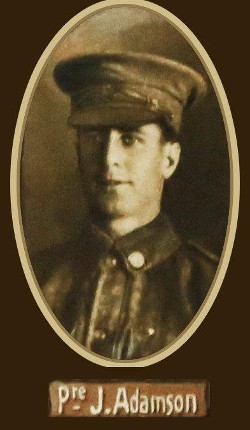 Cremated on the 9thNovember 1978 at Springvale Botanical Cemetery.