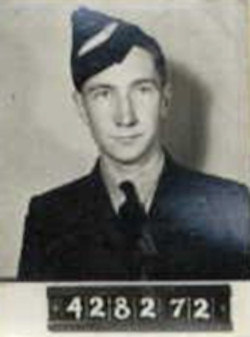 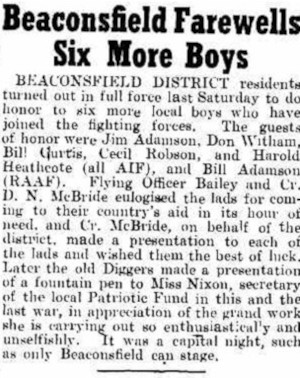 On the 10 October 1945 Bill piloted a flight that took off from Bamaga Airfield, Cape York, Queensland. After flying 120 miles, the left engine cut out and the aircraft attempted to return to base. After landing at the airport there was no break pressure and the aircraft a DAP Beaufort Mark V111 ran off the runway, none of the passengers were injured.

Prior to Bills discharge in November 1946 he married Mildred Kathleen Charlotte Armstrong in Claremont Western Australia.

After the war Bill and Kathleen lived in Claremont and various other suburbs in Western Australia. They had two sons Peter and David Ian.

Bill died on the 29 September 1990, Mt Pleasant Western Australia and is buried at the Fremantle Cemetery.